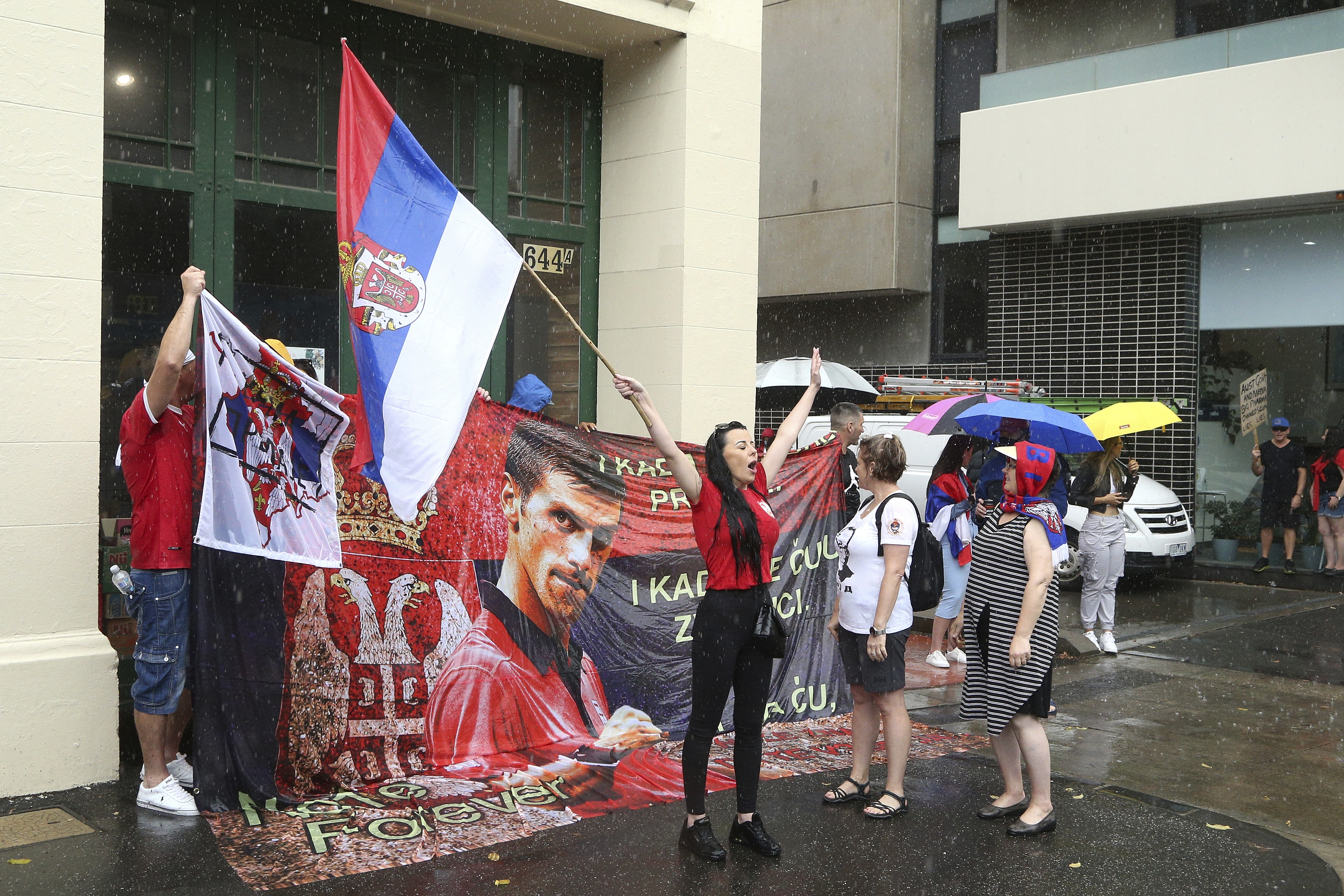 Protestors gather outside an immigration detention hotel where Serbia’s Novak Djokovic is believed to stay, in Melbourne, Australia, Friday, Jan. 7, 2022. Locked in a dispute over his COVID-19 vaccination status, Djokovic was confined to the immigration detention hotel in Australia on Thursday as the No. 1 men’s tennis player in the world awaited a court ruling on whether he can compete in the Australian Open later this month. (AP Photo/Hamish Blair)

Novak Djokovic risks missing more than one Australian Open if he fails to have his visa cancellation overturned and gets deported for not having enough evidence to support a medical exemption to Australia’s COVID-19 vaccination rules.

He could be barred for up to three years.

That’s if the world’s No. 1-ranked male tennis player and nine-time Australian Open champion would even consider returning after being confined in immigration detention in Melbourne since Thursday while preparing for his legal challenge Monday in an Australian court.

In an emailed response to The Associated Press about what could transpire if Djokovic loses his legal fight, the Australian Border Force said: “A person whose visa has been cancelled may be subject to a three-year exclusion period that prevents the grant of a further temporary visa.”

“The exclusion period will be considered as part of any new visa application and can be waived in certain circumstances, noting each case is assessed on its own merits.”

Australian Open organizers have not commented publicly, except to tell Australian newspapers that no players have been misled over the vaccination requirements.

Tournament director Craig Tiley has continued working with Djokovic, hoping to get the defending champion into the tournament that starts a week from Monday.

Tiley’s video message to Australian Open staff about the tournament’s “difficult time in the public arena” was published in News Corp. newspapers Saturday.

“There’s been a circumstance that relates to a couple of players, Novak particularly . . . in a situation that is very difficult,” Tiley said in the video. “We’re a player-first event. We’re working closely with Novak and his team, and others and their team, that are in this situation.”

The 34-year-old Djokovic, who shares the men’s record of 20 Grand Slam singles titles with Roger Federer and Rafael Nadal, is one of two players put into detention in a hotel in Melbourne that also houses refugees and asylum seekers. A third person, reported to be an official, left the country voluntarily after border force investigations.

The other player was identified on Friday by the Czech Republic embassy in Canberra as 38-year-old doubles player Renata Voráčová.

Djokovic reached out to the world for the first time in three days later Friday night, posted on social media to mark the Orthodox Christmas and thank his supporters. There’s been large-scale rallies in Belgrade and small groups of supporters have gathered daily outside his detention hotel.

“Thank you to the people around the world for your continuous support,” Djokovic posted on Instagram. “I can feel it and it is greatly appreciated.”

After months of speculation he’d miss the tournament because of his stance on vaccination, Djokovic announced on Tuesday via social media that he’d received a medical exemption from the Victorian state government, backed by tennis organizers.

But he was barred from entering Australia late Wednesday when federal border authorities at the Melbourne airport rejected his exemption to Australia’s strict COVID-19 vaccination requirements.

Tiley said in the video to staff that he couldn’t speak publicly because of the ongoing legal matter, but defended his organization.

“There’s a lot of finger pointing going on and a lot of blaming going on,” he said in the video, “but I can assure you our team has done an unbelievable job and have done everything they possibly could according to all the instructions that they have been provided.”

So, who is at fault? The federal government has blamed Djokovic, with the prime minister saying rules are rules and that incoming passengers were responsible for meeting border regulations.

Tennis Australia and the government of Victoria state, where the Australian Open is played, are blaming confusion over the precise definitions.

Tennis Australia, which runs the tournament and organizes the logistics for more than 2,000 incoming players, staff and officials, reportedly gave incorrect interpretations to players about the acceptable grounds for an exemption. That included the interpretation that having had a coronavirus infection within the previous six months would qualify.

That’s appears to be the key to the dispute. The federal government said applications on those grounds weren’t valid.

The state government of Victoria mandated that all players, staff, fans and officials must be fully vaccinated for COVID-19 to enter the tournament. 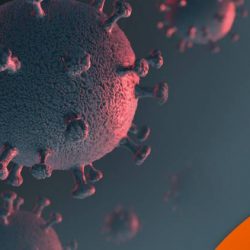