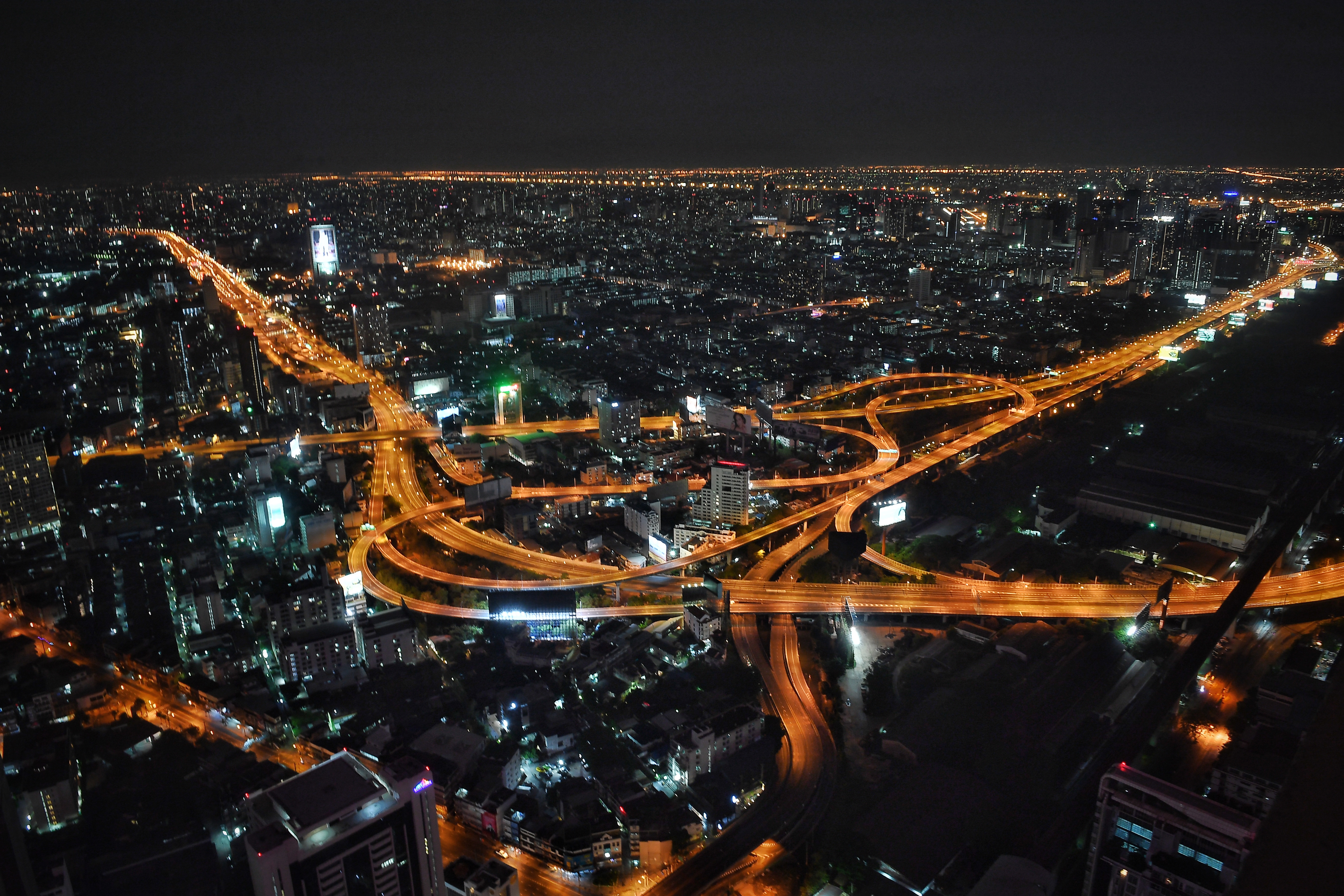 This general view taken from the viewing platform of the Baiyoke Sky Hotel in Bangkok late April 29, 2020, shows illuminated intersecting highways, empty of vehicles after the start of a 22:00-04:00 curfew imposed in the Thai capital. (Photo by Lillian SUWANRUMPHA / AFP)

The unidentified DJ, who became Thailand’s first locally transmitted COVID-19 case in more than 100 days, may have been infected at his work places by someone returning from abroad, or by an asymptomatic carrier, according to Dr. Kiatipoom Wongrachit, Director-General of the Mental Health Department.

The DJ’s condition is not serious and he is now under the care of doctors at the Corrections Department’s hospital, said Dr. Kiatipoom, adding, however, that screening of the people who were in contact with the patient showed negative results, indicating that the virus has not spread further.

The Disease Control Department and the Bangkok Metropolitan Administration dispatched a mobile testing unit and health officials today (Saturday) to a condominium in the Bang Mod area of Bangkok, to provide free tests for residents of the condominium where the infected DJ lives with his family.

48 people have registered to receive the free tests, whose results will be known in three days.
In the afternoon, the mobile unit moved to the Khao Sarn area to provide free tests, after it was discovered that the same patient also worked there.

Meanwhile, it is reported that a Lao woman, who used to work at the Three Days Two Nights restaurant in the Rama 5 area, where the DJ used to work, reported to local health officials today and was immediately sent for quarantine and testing.

The woman reportedly said she fled her apartment because she was afraid of being arrested because her work permit has expired.