Dissident actor has no expectation of release from Myanmar prison 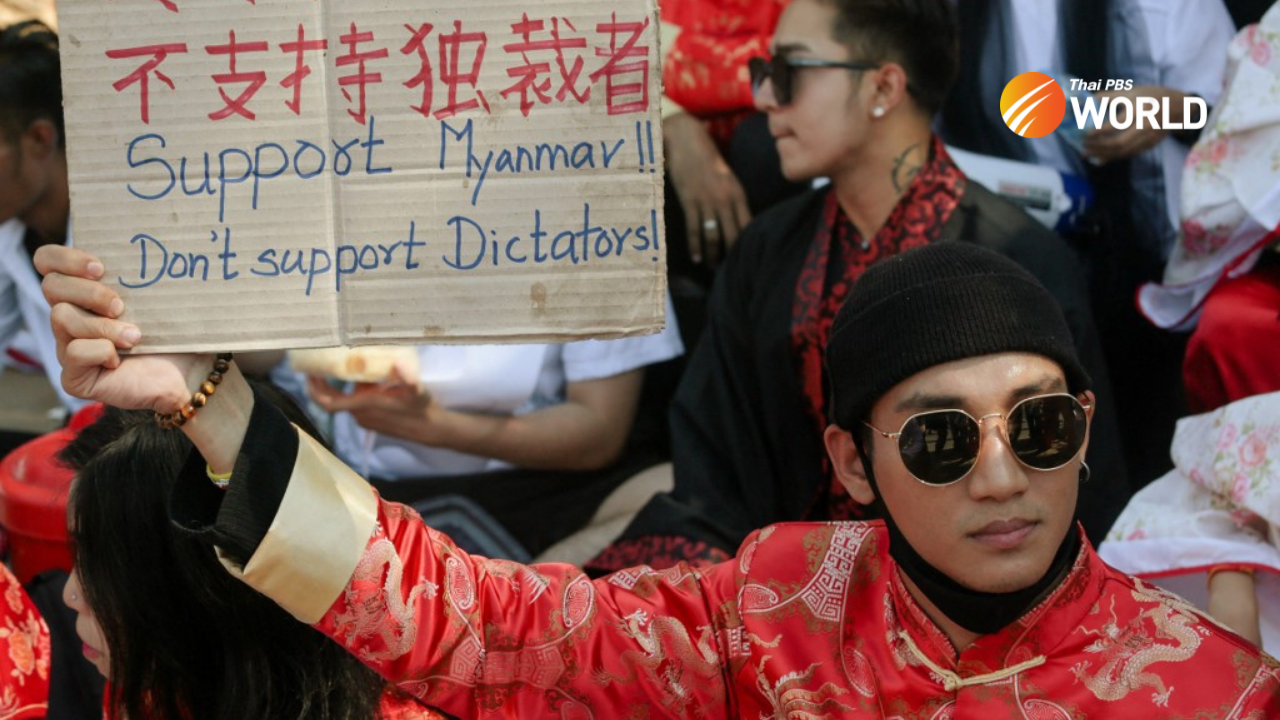 Model, actor and singer Paing Takhon wears a traditional Chinese outfit while holding a sign during a demonstration against the military coup in front of the Chinese embassy in Yangon on February 11, 2021. (Photo by AFP)

Of the many artists and entertainers arrested in the months following the February coup in Myanmar, one of the best-known faces is the rising star Paing Takhon.

A model, an actor and an anti-military dictatorship activist since the coup, Paing Takhon was arrested in April. An arrest warrant was issued for him under Section 505(a) for inciting dissent.

It has been over six months since many well-known actors and actresses in Myanmar were detained in the infamous Insein Prison. The males are being kept exclusively in Insein Prison Building 2, holding cell No.6, while the females are kept in the women’s building, said Khin Maung Myint, Paing’s lawyer.

After the coup, many artists, across different fields of the entertainment industry, had to flee. While some have been captured by the junta, many remain hidden in the jungles and mountains. Many of them, like Paing, had participated in protests and movements against the military dictatorship.

Most recently, a model named Thandar Hlaing was arrested at Yangon International Airport on November 14th, when she was about to board a flight to Bangkok with her family. An arrest warrant for her was issued in April.

Paing Takhon was born in 1996 in Kawthaung, Tanintharyi Region, moving to Yangon in 2014 to continue his university studies in psychology.

He enrolled in a well-known local school for models, called John Lwin Model Training, in the same year, immediately finding work. His popularity grew rapidly as he was featured in TV commercials and more. Soon, he was representing Myanmar in 2016 at the “ASEAN Celebrity Explore Quest Malaysia 2016” (ACEQM), held in Indonesia.

After becoming an ambassador for the ACEQM, his fame rose beyond the local scene, in nations like Indonesia, Japan, the Philippines, Brazil, Germany and especially Thailand, where he hosted fan meetings.

Immediately after the coup, when civilians came out on the streets to protest against the military, Paing was seen and pictured at the forefront.

“Paing Takhon is the best example if people ask what Generation Z is like,” said a protest organizer who continues to hold flash protests in Yangon, despite the risks.

Paing was included in the very first wave of arrest warrants issued against artists, managing to evade arrest, fleeing to rural areas, but he had to return home to Yangon due to ill health. At 5am on April 7th, a sizable force of over 50 police and soldiers raided his house for the arrest.

“At between 4.30 and 5am, eight military trucks with over 50 people came to arrest him. Paing was severely ill and they took him away in their arms,” Paing Takhon’s sister told local news media.

After the coup, those captured were first sent for interrogation and then to Insein Prison. A special court has been set up in Insein Prison.

It has been seven months since his arrest, but only eight court sessions have been held so far, with only one where the plaintiff taking the stand. Since there are a total of eight witnesses submitted to the court, there is no way to tell when his trial will be finished.

According to Khin Maung Myint, there still aren’t any credible claims from the side of the plaintiff.

The lawyer says that Paing is being sued, not for participating in protests or supporting the Civil Disobedience Movement, but for inciting dissent via social media, namely on Facebook.

He says that Paing worries for his mother, who recently suffered severely from COVID-19.

On October 8th, the junta released many prisoners across Myanmar, including celebrities and entertainers, but Paing was not among them.

Paing Takhon, named TC Calendar’s 10th most handsome man in 2020, an animal lover and a voice for the young generation, remains in Insein Prison, like thousands of others who have dared to express dissent against the junta. 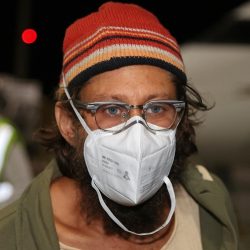