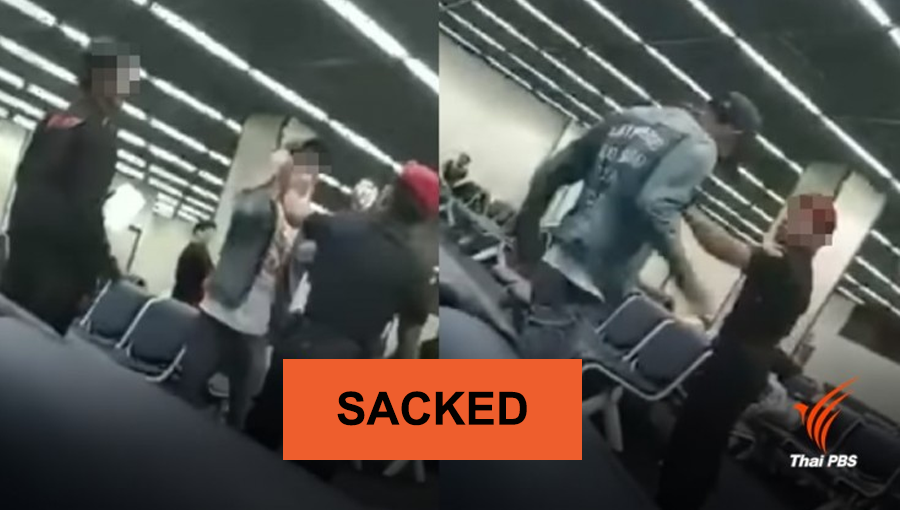 Director of Don Mueang international airport and its the director for security were on Saturday suspended from active duty for 30 days pending an investigation into an incident at the airport in which  Chinese tourist was assaulted by a security guard on Thursday night.

The Airports of Thailand Company on Saturday announced the 30-day suspension from active duty of Wing Commander Suthirawat Suwanwat, director of Don Mueang international airport and its director for security in their capacities as superiors of the security guard who allegedly assaulted the Chinese tourist, Mr Mei Ji, at a restricted zone in the transit lounge while awaiting for a flight to China.

Wing Commander Suthirawat told a press conference on Saturday he felt sorry for the incident which, he admitted, could tarnish the image of the country.  He said he agreed to compensate the victim and, later on, would make a written apology to the victim through the Chinese Embassy in Bangkok.

AOT said that the outcome of the investigation of the incident would be sent to the Office of the Thai Civil Aviation for consideration.

Regarding the incident, Suthirawat said the Chinese tourist in question arrived at Don Mueang airport from Jakarta via Lion Air and asked for visa on arrival.  But the immigration official rejected his request because he didn’t produce any document to confirm his accommodation during his stay in Thailand.

The tourist was later escorted to the restricted zone in a transit room for a flight back to China.  However, he tried to sneak out of the restricted zone by mingling with other passengers, prompting a security guard there to intervene. The confrontation ended up with the guard assaulting the tourist as shown on the video clip which was posted in the social media.

The Chinese tourist was eventually put on board a Lion air flight to Guangzhou in early morning of September 28.

Meanwhile, Pol Col Choengron Rimpadee, deputy superintendent of the immigration police dismissed the tourist’s claim that immigration officials had demanded 2,000 baht from him for a visa on arrival in addition to the normal fee of 2,000 baht. 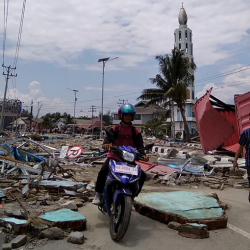 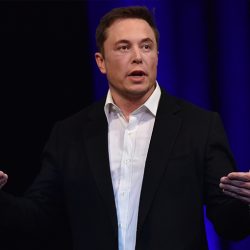 Musk to resign as Tesla chairman, pay US$20 million fine in settlement