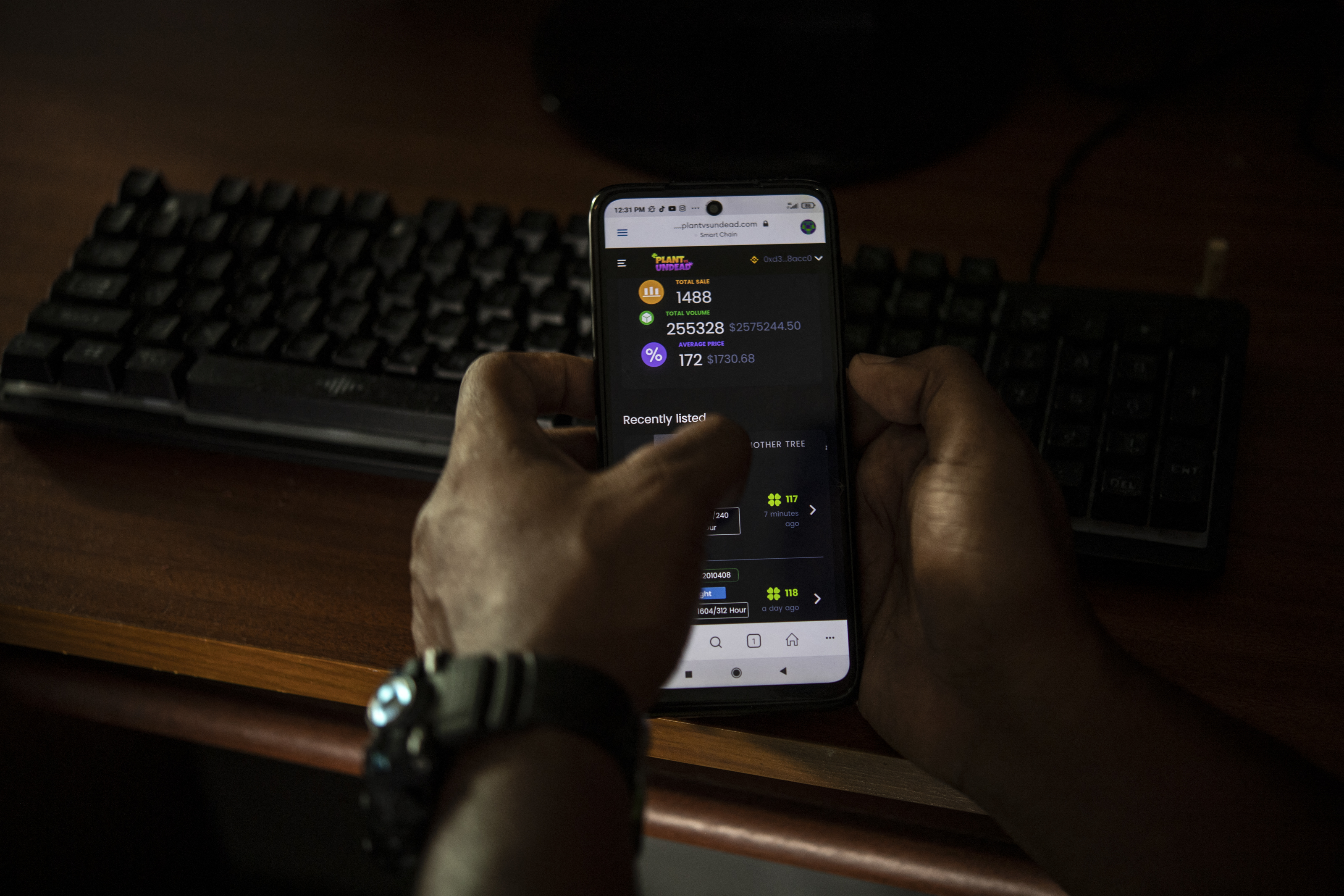 Zacary Egea, a former member of the Bolivarian National Police, shows his mobile while checking the status of his plant while playing the Plant Vs Undead video game in the Cuaricuao neighborhood in the Libertador municipality of Caracas on September 10, 2021. – According to a study by several universities, 96% of the population lives in poverty so video games that involve non-fungible tokens (NFTs) have unleashed a boom among the population that dreams with having a plant (Plant Vs Undead) that allows them to earn a bitcoin to get out of poverty. (Photo by Yuri CORTEZ / AFP)

Ending weeks of speculation, the Bank of Thailand (BOT) and the Securities and Exchange Commission (SEC) on March 24 put in place new regulations governing the digital assets business, effectively curbing their ambitious outreach.

The authorities made it clear that the move was aimed at protecting investors and guarding against financial stability.

The crux of the measure was prohibiting the use of digital assets, such as cryptocurrency and tokens, as a means of payment. Those involved in the digital asset business, whether they are digital exchanges, brokers, dealers, investment advisers, ICO portals or fund managers are barred from creating infrastructure that could facilitate the use of cryptocurrency as a means of payment for goods and services.

They are prohibited from arranging e-wallets that could serve as a payment tool. The law goes into effect from April 1.

Players in the field are barred from advertising about services of digital assets to pay for goods and services.

The central bank has also imposed a limit on banks’ investment in digital assets; investment by a bank cannot exceed 3 percent of its capital.

The additional rules come as regulators are increasingly concerned about the rising investment in digital assets considered to be unsound or even harmful to retail young investors who do not understand the associated risks.

“Enthusiasm for digital assets in Thai society is high, actually we could say that it is very high,” said Roong Malikamas, BOT’s assistant governor.

She referred to the spike in investors opening accounts to trade in digital assets. From 2020 to 2021, the number of trading accounts went up more than three times, from 700,000 to 2.27 million. The number of cryptocurrency holders in Thailand tops the world list.

The ratio of cryptocurrency holders to internet users is as high as 20.1 percent, double the world average of 10.2 percent.

The number of businesses engaging in this new industry is also rising. Thailand has eight digital asset exchanges and seven ICO Portals.

In addition, more and more commercial banks and other types of financial institutions have expressed their intention to invest in digital assets, Roong noted.

Poramin Insom, the founder of Stang Pro, one of the local digital asset exchanges, posted the SEC’s regulations on his Facebook page. As of Saturday (March 26), the post had drawn about 1,300 emojis — five of them were angry emojis, five were sad, 214 laughed and 1.1k liked the post.

Among 87 comments, some said they would find ways to circumvent the regulations, one moaned that he would incur a loss because of his previous investment in cryptocurrency, and one scolded the SEC with foul language.

Poramin also posted the central bank’s regulations setting a limit on banks’ investment in digital assets. His Facebook post had drawn 47 comments as of Saturday — one comment blamed regulators for not keeping up with technology change, some questioned why they could not make a choice despite living in a democratic society.

Unlike Poramin, Jirayut Srupsrisopa, the founder of Bitkub, Thailand’s largest digital asset exchange, did not post about the latest regulations. Jarayut, known as Topp, tends to try and avoid mentioning negative news on the prospects for digital assets. For a long time, he has been consistently and widely promoting investments in cryptocurrency and other related activities.

Recently, he offered 1,200 M Card points for 150 baht of fee credits, to those who trade cryptocurrencies on Bitkub’s exchange. M Card is the Mall Group’s loyalty membership card.

Last year, Topp and executives of the Mall Group had announced a plan that would have allowed shoppers to use cryptocurrencies to pay for goods at the branches of the shopping mall. Other digital asset exchanges, also last year, promoted the use of cryptocurrency to buy goods.

However, those plans have come a cropper after a clear message from the central bank and the SEC that it was unacceptable.

It is not known yet how the 17.8-billion-baht deal that SCBX, the “mothership” of the SCB Group, had struck for the takeover of Bitkub would be affected by the new regulations.

Not fans of cryptocurrency

Despite banning the use of cryptocurrency as a currency, Thai regulators see the benefits of digital assets, such as increasing financial service efficiency, enabling businesses to access capital, promoting engagement between business and clients, and providing investment opportunities for retail investors.

However, eminent value investors like Warren Buffett and locals, like Niwet Hemavachirawarakorn, have for long advised strongly against investment in digital assets. They argue that they could not find intrinsic value in these digital assets.

Domestically and globally, many tout the coming of Metaverse which will potentially promote the digital economy.

But the caveat is that to make Metaverse a success, the transaction of goods and services on Metaverse platforms would have to be via cryptocurrency, according to the National Economic and Social Development Council, the state think-tank. Thailand has not yet framed rules and regulations to govern this new industry.

Roong said that the central bank would allow the use of cryptocurrency as a means of payment for transactions on the Metaverse platforms. But those who run it have to use sandboxes at first. 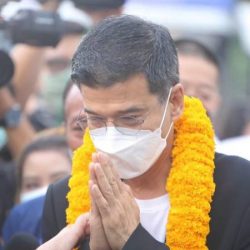 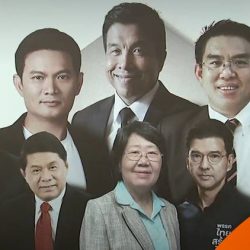 Candidates flock to register for Bangkok’s gubernatorial election on Thursday