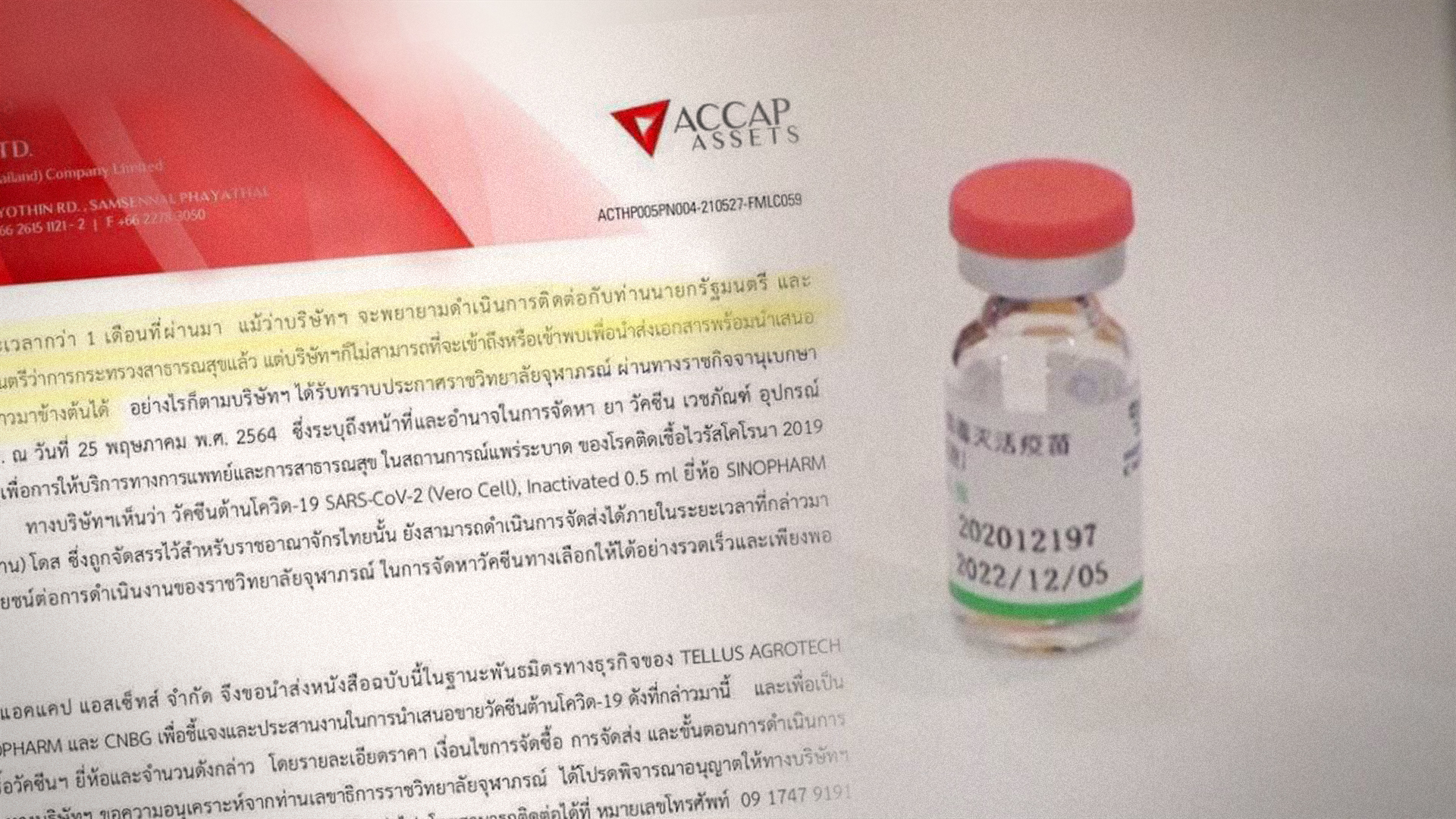 Thailand’s Ministry of Digital Economy and Society (DES) is coordinating with the Technology Crime Suppression Division (TCSD) and the Ministry of Public Health in the collection of evidence, to initiate legal proceedings against a real estate advisory company for allegedly causing public misunderstanding about the government’s vaccination program.

DES Minister Chaiwut Thanakamanusorn said today that the government’s Anti-Fake News Centre launched an investigation into Accap Assets, with Thailand’s Food and Drug Administration, and found that the firm has not registered to import pharmaceutical products and is, therefore, unqualified to import Sinopharm vaccine as claimed.

Chaiwut said the company is not credible because they do not have required documentation, from the vaccine manufacturer, to support approval by the Thai FDA. Therefore, their letter is considered contain distorted information.

Accap Assets claimed it is closely associated with Tellus Agrotech Pte., the sole distributor of Sinopharm vaccine in the Asian region, and reportedly sent a letter to Chulabhorn Royal Academy, claiming that it could procure 20 million doses of the vaccine to be delivered in two weeks’ time, but could not get in touch with either Prime Minister Prayut Chan-o-cha or Public Health Minister Anutin Charnvirakul. The letter was posted on social media, fueling criticism of the Thai government.

Chaiwut said that Accap Assets’s letter contains distorted information, causing “damage to the public” and constitutes a violation of the Computer Crime Act, adding that individuals who reposted the letter on social media also violated the law.

He also said that several individuals posted comments,suggesting that people in government had demanded kickbacks from the private sector in their efforts to procure alternative COVID-19 vaccines.

The DES minister observed that the online criticism appears to be systematic and intended to discredit the government, citing the case of Accap Assets and the comment by a well-known architect, who is linked to an opposition political group. 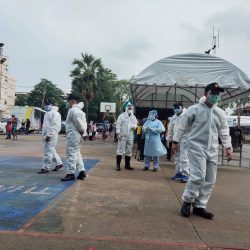 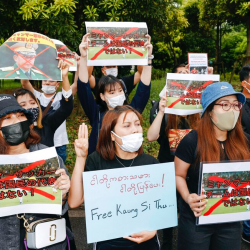 Myanmar Journal: “The laws of an illegitimate government mean nothing”