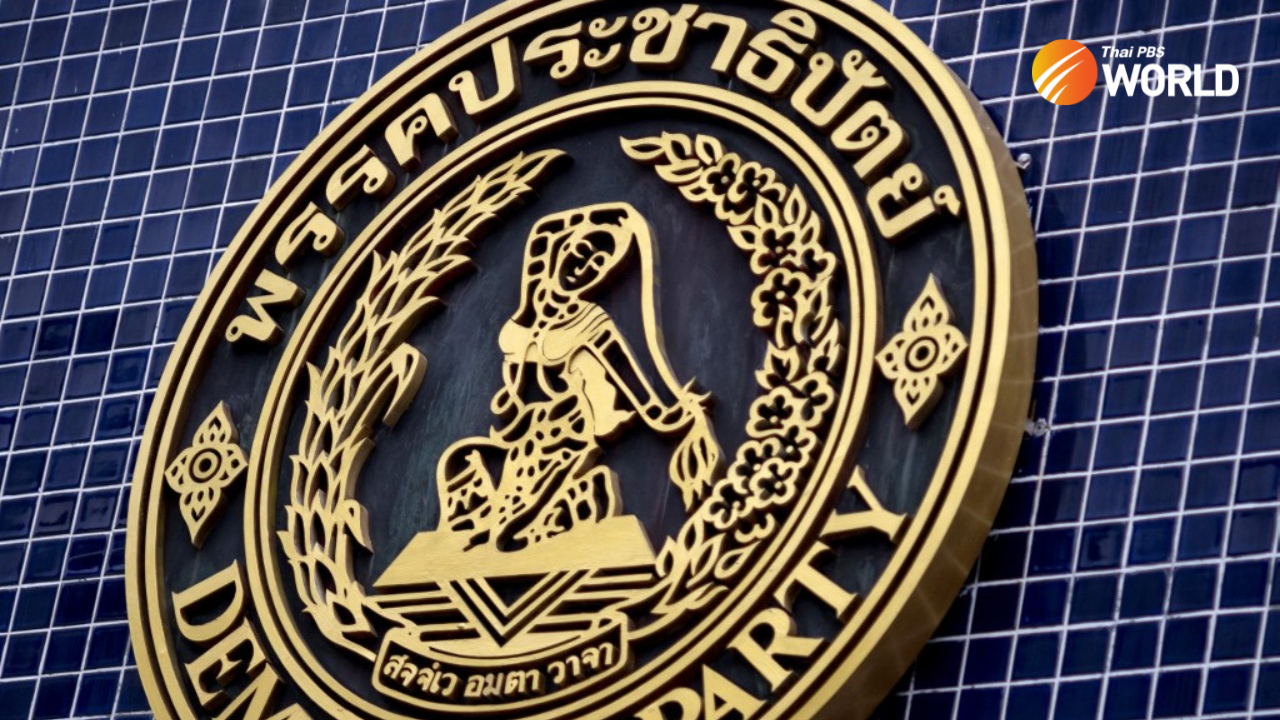 This picture taken on April 18, 2022 shows the logo of Thailand’s Democrat Party outside its headquarters in Bangkok. (Jack TAYLOR / AFP)

The Democrat Party’s ongoing dramatic decline is down to the hierarchical structure and culture of seniority in the country’s oldest political outfit, say analysts, who warn that only radical reform can revive its fortunes.

Political pundits point out that the Democrats have for decades been chained to their bureaucracy-like party structure, rigid seniority system, and long-held regionalism.

This has brought stagnation and a lack of new ideas in the party, say critics.

“Old-styled management and the practice of prioritizing seniority have prevented the party from thinking out of the box. It’s difficult for the party to move forward,” said Yuthaporn Issarachai, a political scientist from Sukhothai Thammathirat Open University (STOU).

He said political parties today need the fresh thinking of the young generation as a driving force. “We have yet to see this in the Democrat Party,” he added.

Several political parties have begun introducing young people as potential candidates in the next general election, tentatively scheduled for May 7. Their main goal is to win the hearts of young voters and follow the footsteps of the now-defunct Future Forward Party, which rocked the Thai political scene on its debut in the last election, in March 2019, when it won 81 MP seats and came third.

The Democrats followed the trend for the 2019 vote and introduced their “New Dem” faction of youthful politicians in the hope of attracting young voters. But the move was a flop, with the young candidates failing to win much voter support.

Former prime minister Abhisit Vejjajiva stepped down as Democrat leader following the party’s disastrous performance in the election — winning 53 MP seats, just one-third of the 159 it secured in the previous polls in 2011. He disagreed with the party’s decision to join a coalition government led by General Prayut Chan-o-cha.

Some observers reckon Democrat reformists’ hope of expanding its political base among the young generation is now dead, given the party’s deeply conservative nature.

“The [Democrats] tried to build the force of the young generation. But the [young politicians] failed in their resistance to senior party figures, so they left. Even Abhisit, who was once part of the party’s young generation, had to step down and keep a low profile,” said Yuthaporn.

In addition to the exit of young politicians, the party has suffered a string of high-profile defections that began early this year. Many of those quitting are political veterans who had been with the party for decades, including former deputy party leader Trairong Suwankiri.

More than 20 well-known figures – including long-timers and heavyweights — have sought greener pastures, either setting up a new party, defecting to an established coalition or opposition party, or joining a freshly founded one.

Blame for the mass defections of Democrat politicians has been placed on in-party fighting between supporters and opponents of Prime Minister Prayut Chan-o-cha, as well as a leadership crisis involving the party’s current chief Jurin Laksanawisit.

There is speculation that 10 more incumbent Democrat MPs — about one-fifth of the party’s existing lawmakers — are likely to defect sometime soon.

Jurin recently shrugged off the mass defections, saying that the Democrat Party has seen old members leaving and new members joining over the past 76 years of its existence.

“The party has its core. We may lose some bark and leaves but the tree and roots remain. The Democrats are ready to prune some branches to produce new leaves and flowers to serve the people,” the Democrat leader said.

“Most importantly, they need to allow their young politicians to play more important roles in the party while changing the attitude of their veteran politicians and the party’s culture,” the analyst said.

However, he ruled out the possibility of the country’s oldest political party going extinct, though he said it would win fewer MP seats in the next election.

The Democrats’ humiliation at the 2019 election was compounded by their failure to win a single seat in Bangkok, where they had dominated in previous polls, including four consecutive gubernatorial election victories since 2004. The Democrats also suffered embarrassing defeats in several provinces in the South – their traditional stronghold.

“They are still popular in the South, albeit far less than before. The region is now more open [to other parties],” said STOU’s Yuthaporn.

Those seats were gained mostly by political parties that would later form the current coalition government with the Democrats — Palang Pracharath garnered 13, Bhumjaithai eight, and Action Coalition one. Six other southern MP seats were won by the Prachachat Party, which would join the opposition camp.

In the 2011 election, when there were 53 MP seats up for grabs in the South, the Democrats scooped up 50, leaving only one seat each for the Bhumjaithai, Chart Thai Pattana, and Matubhum parties.

With the Democrat Party in disarray as the next election approaches, newly founded parties see an opportunity in the South. They are making frequent visits to the region in attempts to woo local voters.

Yuthaporn expects the Democrats to gain even fewer House seats in the South than in the last election. However, he predicted the party would win some seats in Bangkok — after drawing a blank in 2019 — but said it would certainly not dominate the capital as in previous years. The analyst based his prediction on Bangkok’s council election in May, when Democrat candidates garnered nine seats out of the total 50. 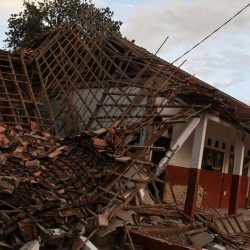 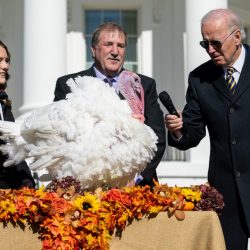