The Democrat and Future Forward parties have separately demanded that the House set up an ad hoc committee to assess the impacts of the Eastern Economic Corridor (EEC) projects on the environment, society and economy of the eastern seaboard.

Two separate motions on the same issue, by the two rival parties, were raised for debate in the lower House on Thursday.

She also questioned whether the government had taken into account the possibility of conflict arising, between the people and the industries in the EEC, over the use of water, or the problem of waste water and industrial waste management, in a way which will not adversely affect the people.

“We want to see the government doing its duty and not closing one eye as it promotes and drives development while failing to regulate. We also want to see private sector investors focus on more than profits and abide by the rules and limit their impacts to acceptable levels,” said Ms. Sirikanya.

Chachoengsao MP Jirat Thongsuwan, of the Future Forward party, raised concerns about pollution from the change of green zone status, reserved for agriculture, to industrial zone status to accommodate the activities in the EEC.

Rayong MP Banyat Jenachan of the Democrat party praised the EEC project which, he said, will stimulate Thailand’s economy through the estimated 1.7 trillion baht in total investments and trigger a massive migration of labour, by both Thais and foreigners, into the eastern region.

However, he pointed out that the government has not allocated an appropriate budget to improve infrastructure, such as basic health care and education, in the three eastern provinces of Chachoengsao, Rayong and Chon Buri. 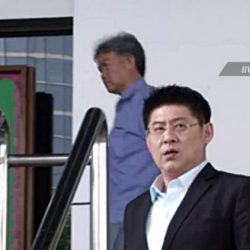