Death toll from Indonesia’s quake, tsunami up to 1,234: disaster agency 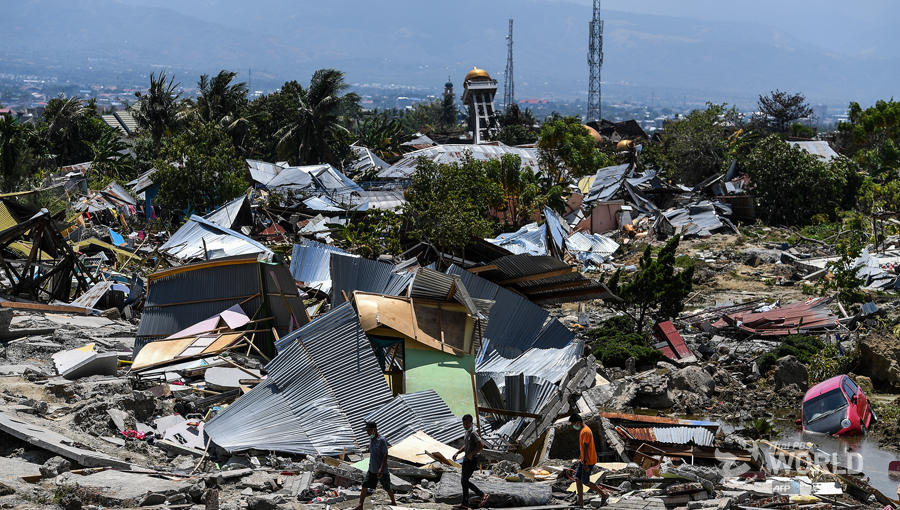 Residents walk past destroyed buildings in the Perumnas Balaroa village in Palu, Indonesia’s Central Sulawesi on October 2, 2018, after an earthquake and tsunami hit.

JAKARTA (Reuters) – The confirmed death toll from an earthquake and tsunami on Indonesia’s Sulawesi island has risen to 1,234, from 844, the national disaster mitigation agency said on Tuesday.

A 7.5 magnitude earthquake on Friday triggered tsunami waves as high as six meters (20 feet), which swept ashore at the small city of Palu, on the west coast of Sulawesi.

Rescuers have yet to reach many affected areas leading to fears the death toll could rise again.

“The team is racing against time because it’s already D+four,” Sutopo Purwo Nugroho, spokesman of National Disaster Mitigation Agency, told a briefing in Jakarta, referring to four days since the quake.

He said rescuers had reached all four of the badly affected districts, which together have a population of 1.4 million, but he declined to give an estimate of casualties.