“Leaders without maturity, who refuse to listen to cautions from well-meaning people, who are unaware that their mistakes can cause a damaging domino effect, can never make societies in critical conditions survive.”

The above statement was uttered by Pheu Thai leader Sompong Amornwiwat during a recent parliamentary debate on Prime Minister Prayut Chan-o-cha’s incomplete oath recital. Obviously, it was little more than political rhetoric, but few expected that a moment of truth would come so early for Sompong.

Just about a week after the opposition leader lambasted Prayut for what was widely considered an honest mistake, a Pheu Thai MP was given a death sentence by the Khon Kaen provincial court for murder. Nawat Tohcharoensook, representing Khon Kaen’s Constituency 7, was found guilty this week of masterminding the killing of a senior official of the Khon Kaen Provincial Administrative Organisation about six years ago. The convict had been implicated by people involved in the killing. The court said the death sentence was based on strong evidence that included the confessions as well as recorded telephone contacts among those involved.

As calls mounted for Nawat to resign from Parliament, Pheu Thai leaders lined up to defend his MP status, insisting that the court verdict is still subjected to appeals. But Sompong found that Pheu Thai’s role in the oath-taking controversy was coming back to bite him big time. The key criticism can be summed up this way: You sounded so ethically and morally righteous over forgotten words, now what about this?

Numerically, it was a potential blow to Pheu Thai. Politically, the impact could be bigger. Nawat has always been there with the party _ before, during and after the case. “Well-meaning people” must have asked “leaders with maturity” who are willing to “listen to cautions”, who are aware that “mistakes can cause a damaging domino effect”, to steer clear from a murder suspect “so societies in critical conditions” can survive.

At a time when Pheu Thai is taking aim at Prawit Wongsuwan’s luxury watches and Thammanat Prompao’s past legal records, Nawat is a big thorn in the party’s side. Even if Nawat is disowned now, questions will be asked about how Pheu Thai dealt with him over the past few years.

In addition to charges of blatant hypocrisy, Pheu Thai is having to deal with a few other major issues. The red-shirted movement, something vital in the party’s political base, is now in disarray due to legal action against core members. The party’s fairly strong position in Bangkok has been future threatened by the emergence of the Future Forward Party, currently its ally in the opposition bloc.

Support from the Shinawatras is under intense speculation again, following rumours that Thaksin Shinawatra might be fading away. The party’s important members have been kept away from Parliament due to the controversial, new proportional rules. Much-heralded Chadchart Sittipunt, widely expected to be Pheu Thai’s Bangkok gubernatorial election candidate, is said to be pondering running as an independent in order to avoid bad effects of ideological divisions.

Pheu Thai is the biggest party, and it will remain so no matter what happens regarding Nawat, Chadchart and the Shinawatra-related logistics. Signs, however, are gloomy. 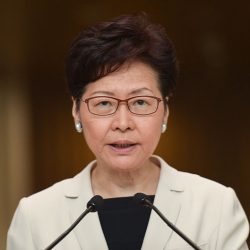 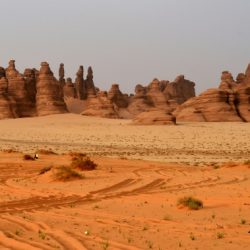