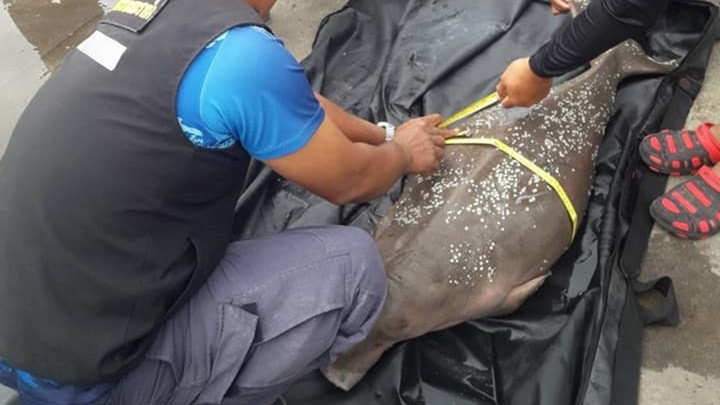 A three-metre long dugong was found dead in the sea off Thailand’s southern province of Trang today, bringing the total number of dead dugong this year to seven, according to the Department of Marine and Coastal Resources.

Fishermen found the animal and towed it ashore for veterinarians to investigate the cause of its death.

The dugong weighs about 250kgs and is thought to be 70-80 years old. From the degree of decomposition, it is estimated that it died 4-5 days ago.

Meanwhile, in Krabi province, Koh Lanta district chief officer and fishery officials went to the beach in Tambon Sala Dan to examine the carcass of a dead Irrawaddy dolphin, which had washed ashore.

The dolphin weighs about 20kgs and is about 130cm long.  It is thought to have died about three days ago.

Marine and Coastal Resources Department director-general Jatuporn Burutpat noted that sea mammals, including whales, dugongs and dolphins, are being found dead at sea or on shore with increasing frequency.

He said that, in most cases, the animals were killed by fishing equipment with only 10% of the deaths caused by plastic waste. Some of the animals also died of natural causes, he added. 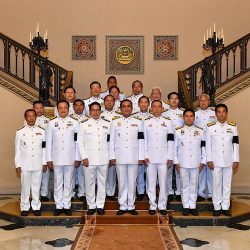 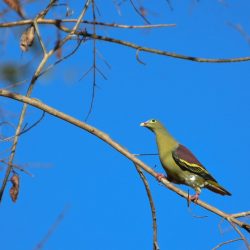