Activities related to the coronation will kick off on April 6, starting with the launch of a ceremony for the collection of holy water to be held simultaneously in all provinces across the country.

The event will be followed by another ceremony to bless the collected water to be held in these provinces on April 8-9 after which all the blessed water will be sent to Wat Suthat Thepwararam Rachaworamaha Viharn in  Bangkok for a grand blessing ceremony on April 19 to be presided over by Prime Minister Gen Prayut Chan-o-cha.

The water will be collected from over 100 traditional sources across the country.

The prime minister also said that May 6 which is the last day of the three-day coronation ceremony which will begin on May 4 has been declared a national holiday.

According to the ceremony schedule, HM the King will pay respect to all dieties on May 2 to be followed by a traditional ritual to carry Phra Suphannabap, a golden sheet with his name inscribed on it, to the palace on May 3 for the announcement of the coronation ceremony, with members of the cabinet and their spouses in attendance among other guests.

The coronation will take place on May 4 in the morning and in the afternoon HM the King will be officially pronounced as the promoter of Buddhism.

On May 5 in the evening, HM the King will take a short trip in Bangkok in a royal procession to receive blessings and well wishes from members of the public. 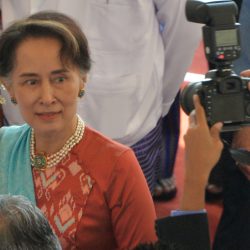