Complaints filed against restaurants in Ubon Ratchathani for spreading COVID-19 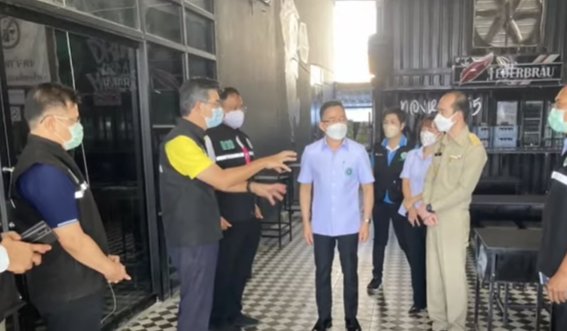 Named in the complaint are the Rim the Road, Ananus, Reunion and Ka-rin establishments.

A similar complaint was earlier lodged against Ekamai 487, another pub-restaurant blamed for the infection of 718 customers and for putting at risk more than 2,100 people, who are now under observation.

The venues face charges of violating the Communicable Disease Control Act and the Emergency Decree.

Deputy Public Health Permanent Secretary Dr. Narong Saiwong, accompanied by Dr. Taweesin Visanuyothin, public health inspector-general and spokesman of the Centre for COVID-19 Situation Administration (CCSA), inspected the Ekamai 487 venue on Thursday, to collect information about its role in the spread of the disease for presentation to the CCSA at its meeting today.

The venue is a windowless, air-conditioned one-storey building. It has live music and about 40 tables. There is a fridge storing soft and alcoholic drinks for sale to customers, despite displaying a sign saying “no alcohol on sale”.

Health officials said that another 5 or 6 pub-restaurants are under investigation and facing possible legal action, warning that any such venue found to have allowed those under 20 to enter will be closed down for five years.

Worsening air pollution forecast until Monday in and around Bangkok 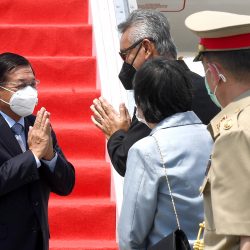