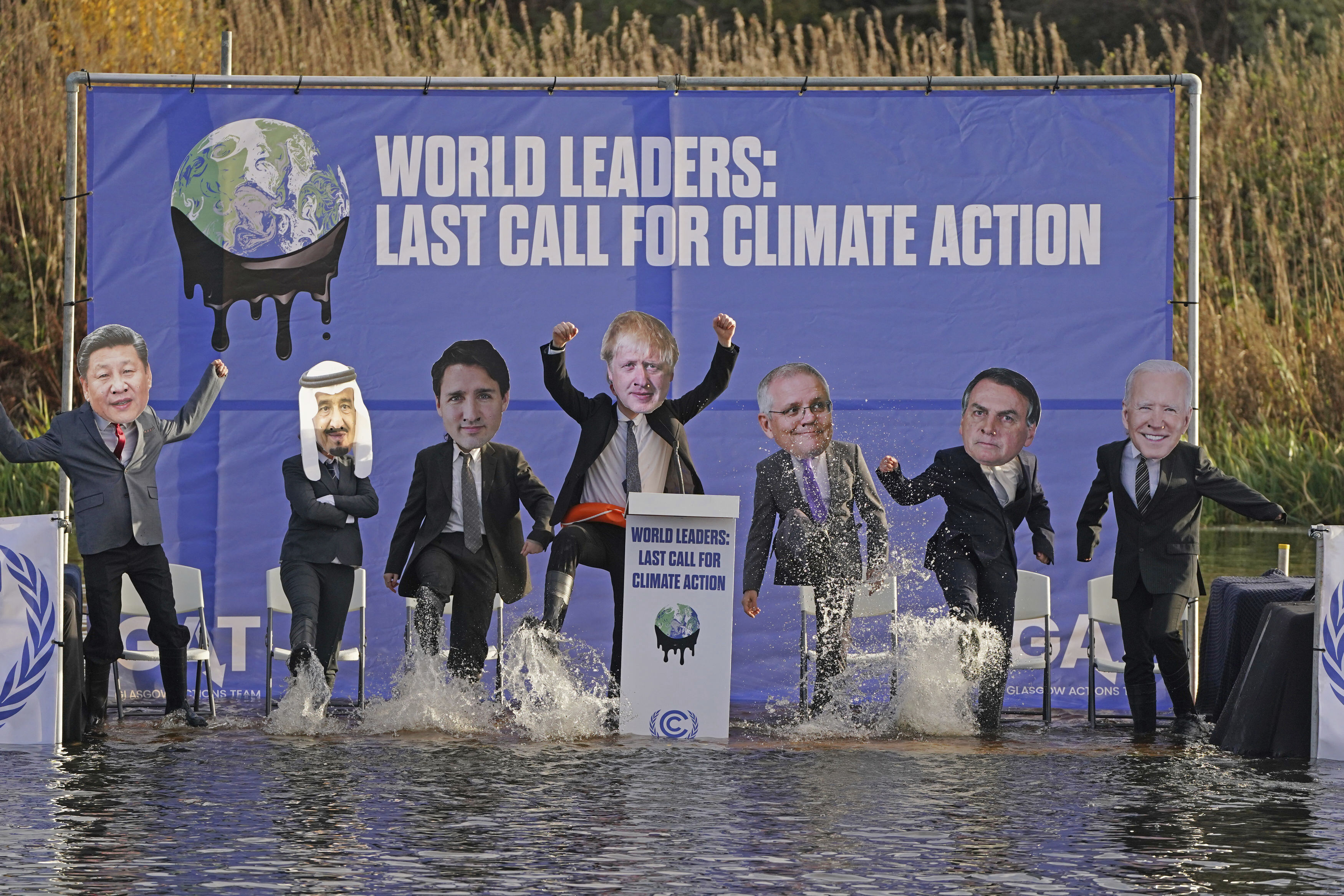 A replica of the COP26 summit’s main UN negotiation stage, carrying activists dressed as world leaders, is half-sunk in the Clyde Canal during the COP26 summit in Glasgow, Scotland Tuesday Nov. 9, 2021. (Andrew Milligan/PA via AP)

GLASGOW (AP) — Large rifts remain as United Nations climate talks tick down to a Friday deadline. A lot of the divide comes down to money, which nations have it and which do not. So it’s time for the diplomatic cavalry to ride in.

The start of the conference saw heads of government talking about how curbing global warming is a fight for survival. The leaders focused on big pictures, not the intricate wording crucial to negotiations. Then, for about a week, the technocratic negotiations focused on those key details, getting some things done but not resolving the really sticky situations.

Now, it’s time for the “high level” negotiations, when government ministers or other senior diplomats swoop in to make the political decisions that are supposed to break the technical logjams.

The United Nations has three goals out of Glasgow, which so far are all out of reach: cutting carbon dioxide emissions in half by 2030; rich nations giving poor countries $100 billion a year for combating climate change; and ensuring that half of that money goes to adapting to climate change’s increasing harms.

To forge compromise, they have a big gap to bridge. Or more accurately, multiple gaps: there’s a trust gap and a wealth gap. A north-south gap. It’s about money, history and the future.

On one side of the gap are nations that developed and became rich from the Industrial Revolution fueled by coal, oil and gas that started in the U.K. On the other side are the nations that haven’t developed yet and haven’t gotten rich and are now being told those fuels are too dangerous for the planet.

As the head of the conference briefed countries Monday on the progress – and the lack of it, in some ways – in the talks, developing country after developing country responded by noting how unfulfilled rich nations’ financial pledges were.

“Everybody here is livid,” said Saleemul Huq, a climate science and policy expert who is director of the International Centre for Climate Change and Development in Bangladesh

It’s not as if that $100 billion alone would make a big difference because trillions of dollars worldwide in payments, not pledges, would be needed to combat climate change, not $100 billion, Huq said. Providing the money is important to bridge the gap in trust between rich nations and poor nations, he argued.

“They reneged on their promise. They failed to deliver it,” Huq said. “And they seem not to care about it. And, so why should we trust anything they say anymore?”

While the crowd at the conference Monday cheered on former U.S. President Barack Obama when he urged nations to do more and rich nations to help poor, young Ugandan climate activist Vanessa Nakate tweeted: “I was 13 when you promised $100B #ClimateFinance. The US has broken that promise, it will cost lives in Africa. Earth’s richest country does not contribute enough to life-saving funds. You want to meet #COP26 youth. We want action. Obama & @POTUS #ShowUsTheMoney.”

Nakate said she wasn’t criticizing Obama, who targeted young climate activists with his message, but “speaking the truth….The money was promised, but hasn’t been delivered.”

Huq said that rich, polluting nations also had failed the rest of the world by not delivering on emission targets that would limit global warming to 1.5 degrees Celsius. As things stand, it’s the poor who pay for the destruction caused by climate change, he said. Studies have shown that poorer nations, like Bangladesh, are hit harder by climate change than rich nations, which also have more resources to adapt to extreme weather.

There have long been trust issues in the annual U.N. climate talks, said Niklas Hohne, a climate scientist at the New Climate Institute in Germany who has attended the conference for more than 20 years and tracks pledges and actions to translate how much they mean for curbing projected warming.

Hohne said poor countries have good reasons to be wary, but nations are gathering “at this conference to build that trust. And the trust can only be built by showing real action.”

While China is now the No. 1 carbon polluter and India is No. 3, carbon dioxide stays in the air for centuries. Based on historical emissions – the stuff still in the atmosphere trapping heat = the United States and European nations are most responsible for climate change, Hohne said.

Hohne said it is normal for high-level ministers to ride to the rescue in the second week of climate talks.

U.S. Rep. Alexandria Ocasio-Cortez brought her climate-celebrity star power to the U.N. climate talks on Tuesday as part of a congressional delegation led by House Speaker Nancy Pelosi. Ocasio-Cortez told reporters her chief hope is to see the United States eestablish itself as a world leader in cutting climate-damaging fossil fuel pollution.

Asked if she had a message to young activists who have instrumental in pressing governments to cut climate-damaging fossil fuel pollution, Ocasio-Cortez told reporters inside the conference site: “Well, I would say, ‘Stay in the streets. Keep pushing.’” 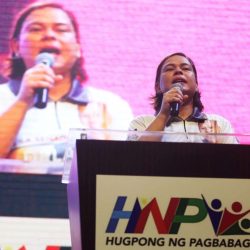 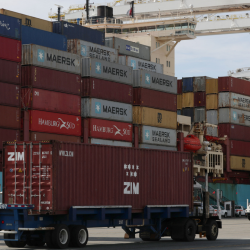