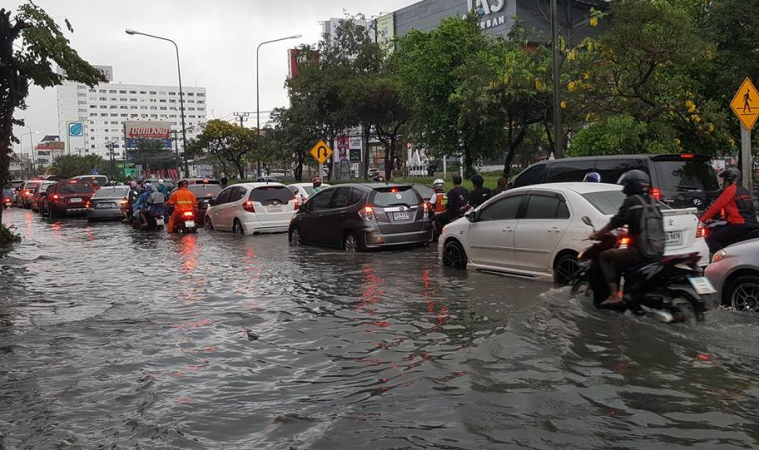 City Hall officials told Thai PBS that the first water bank, which was built under Bangkhen Circle in Bangkhen district at a cost of about 25 million baht, has been operational since the beginning of this year and has been proven reasonably efficient at easing flooding in the area, but it can only retain 1,000 cubic metres of rain water.

The concept of a water bank is similar to that of a ‘monkey cheek’ but it is located underground. In case there is heavy rain, water pumps, located nearby, will transfer water from the road surface into the water bank for storage. Then the stored water is pumped into a khlong.

The officials said that two more water banks are under construction and are expected to be completed early next year. The will hold up to 10,000 cubic metres of water.

As water catchment areas in Bangkok are shrinking, due to urban development, the water bank system offers an alternative, although they are somewhat limited in capacity when compared with monkey cheeks.

City officials pointed out, however, that garbage could pose an obstacle to the proper functioning of the underground water catchment areas, in the same way that garbage prevents water from flowing through the huge water tunnel in the Rama IX area. 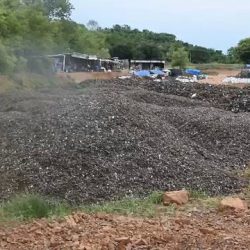 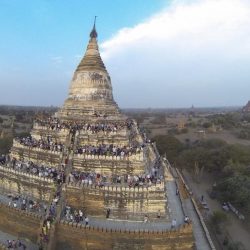