House Speaker Chuan Leekpai has reprimanded a member of the House Committee on the Affairs of Children, Youth, Women, the Elderly, the Handicapped, Ethnic Minority Groups and Trans-genders for planning the “kissing drama” between two gay men in parliament, in an attempt to highlight a proposal for LGBT equal rights in marriage.

Mr. Chuan said today he had received an explanation of the incident from the committee’s chairwoman, Pheu Thai MP for Khon Kaen Mrs. Mukda Pongsombat, who apologized and claimed she knew nothing about any pre-planning of the kissing incident.

He said he accepted what Mrs. Mukda had said and believes that someone on her committee had planned the whole the thing without her knowledge, adding that there are already rules about press conferences being held in parliament and “rules are not as important as the awareness and sense of responsibility (of MPs).”

The secretariat of the House of Representatives is in the process of tightening rules covering press conferences in parliament following this recent controversy.

Mr. Chuan said, however, that, even with more stringent rules, it is difficult to stop irresponsible politicians from breaking them.

At the centre of the controversy is Future Forward MP Tanyawat Kamonwongwat, who called the press conference about proposed amendments to the family law regarding marriage.

He was accused of plotting and directing the gay kissing drama in full view of the media. Footage of the event shows Tanyawat applauding and calling “Five, four, three, two one, action!” before the two men began kissing intimately.

The MP has denied that he directed the controversial incident, saying it was a spontaneous act.

The incident has drawn widespread criticism on social media. 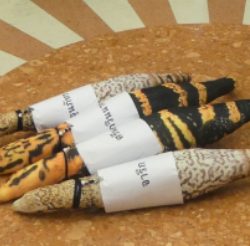 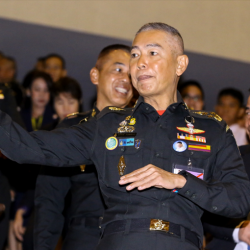