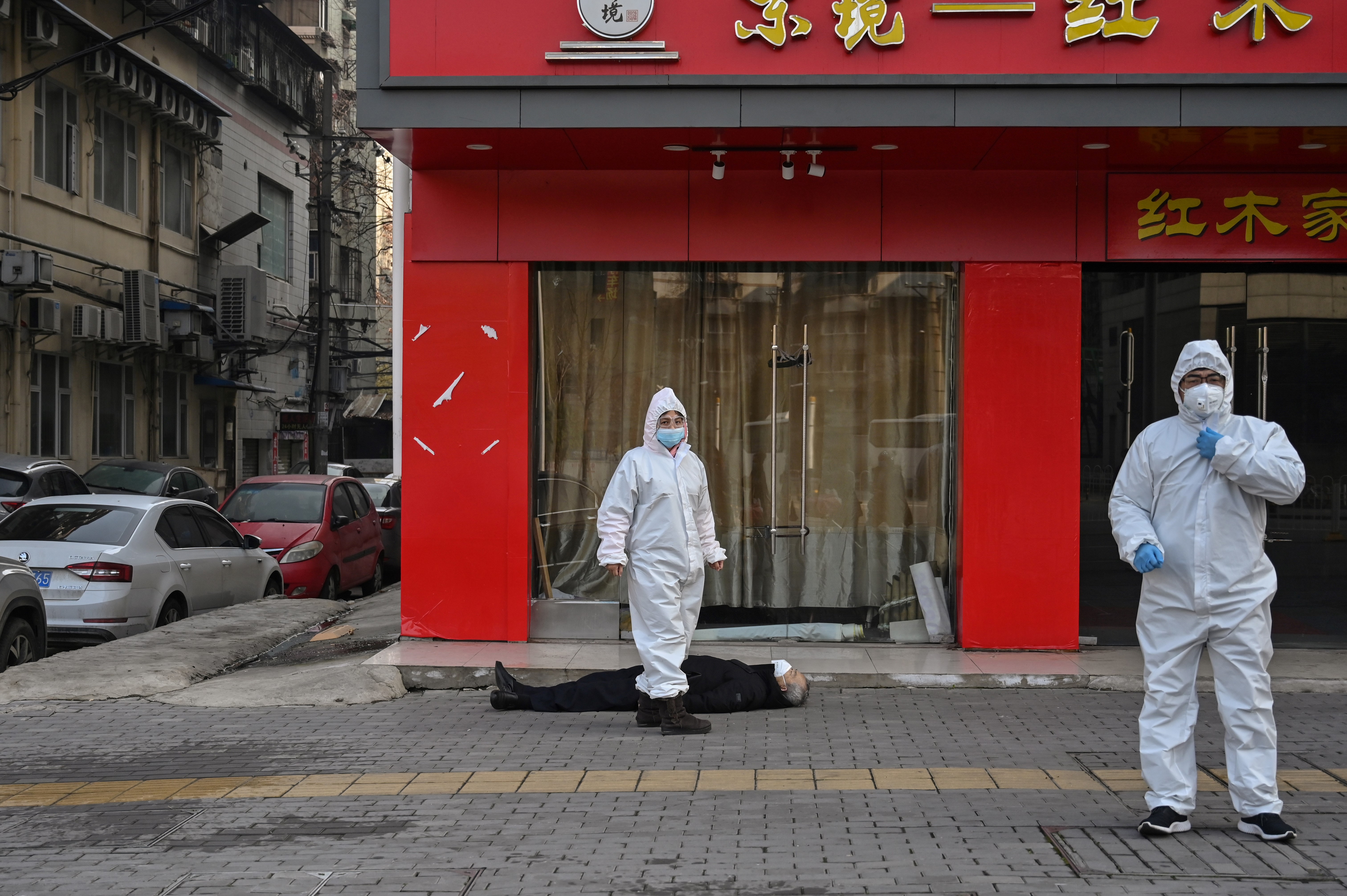 EDITORS NOTE: Graphic content / This photo taken on January 30, 2020 shows officials in protective suits checking on an elderly man wearing a facemask who collapsed and died on a street near a hospital in Wuhan. – AFP journalists saw the body on January 30, not long before an emergency vehicle arrived carrying police and medical staff in full-body protective suits. The World Health Organization declared a global emergency over the new coronavirus, as China reported on January 31 the death toll had climbed to 213 with nearly 10,000 infections. (Photo by Hector RETAMAL / AFP) / TO GO WITH China-health-virus-death,SCENE by Leo RAMIREZ and Sebastien RICCI

BEIJING (Reuters) – China said it would welcome assistance from the United States to fight a coronavirus outbreak, a day after it accused Washington of scaremongering, and as the death toll rose on Tuesday by a new daily record to more than 420.

The toll in China rose to 425 as of the end of Monday, up by a record 64 from the previous day, the National Health Commission said on Tuesday. All of the new deaths were in central Hubei province, the epicenter of the virus outbreak.

The World Health Organization (WHO) has declared the flu-like virus a global emergency, although experts say much is still unknown about the pathogen including its lethality.

“We expect to see more cases of person-to-person spread,” said Dr. Nancy Messonnier, director of the National Center for Immunization and Respiratory Diseases at the U.S. Centers for Disease Control and Prevention (CDC).

The total number of infections in China rose by 3,235 on Tuesday to 20,438, and there are at least 151 cases in 23 other countries and regions, including the United States, Japan, Thailand, Hong Kong and Britain.

The CDC confirmed a handful of new cases in the United States, bringing the U.S. total to 11, including a patient in California who was infected through close contact with someone in the same household who had been infected in China.

It marked the second instance of person-to-person spread of the virus in the United States after such a case was announced last week in Illinois.

China accused the United States of whipping up panic over the coronavirus outbreak Chinese stock market plunged about 8% on Monday on the first day back from an extended Lunar New Year holiday.

Beijing made the accusation after the Trump administration on Friday said it was barring nearly all foreign visitors who have been to China within the past 14 days to address the threat of the virus.

A Chinese foreign ministry spokeswoman on Tuesday said the United States “should adopt an objective, fair, calm and rational attitude” and “refrain from overreacting”.

“China has noted that the United States has repeatedly expressed its willingness to provide assistance to China, and hopes that the relevant assistance will be provided soon,” spokeswoman Hua Chunying said in a statement on the ministry’s website.

With Wuhan and some other cities in virtual lockdown, travel severely restricted and China facing increasing international isolation, fears of wider economic disruption are growing; sources at the OPEC oil cartel said producers were considering cutting output by almost a third to support prices.

Airlines around the world have stopped flights to parts of China. A suspension by the United Arab Emirates on Monday will affect the Gulf airlines Etihad and Emirates.

The outbreak is reminiscent of Severe Acute Respiratory Syndrome (SARS), a virus from the same family that emerged in China in 2002 and killed almost 800 people around the world out of the 8,000 or so who were infected.

Chinese data suggest that the new virus, while much more contagious than SARS, is significantly less lethal, although such numbers can evolve rapidly.

Some economists predict world economic output will be cut by 0.2 to 0.3 percentage points due to China’s lockdown.

Countries continued to fly evacuation flights for citizens out of Wuhan. A plane load of Australians left the city on Monday and arrived in the Indian Ocean territory of Christmas Island, where they will be quarantined, media reported on Tuesday.

The United States, which flew people out last week, is planning “a handful more flights” while Russia was due to start evacuating its citizens from Wuhan on Monday.

The White House said China had accepted its offer to have U.S. experts as part of a WHO mission to study and help combat the virus, which emerged from a market in Hubei’s provincial capital of Wuhan late last year. 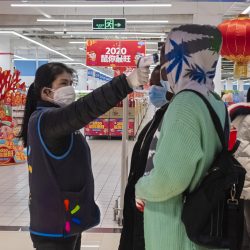