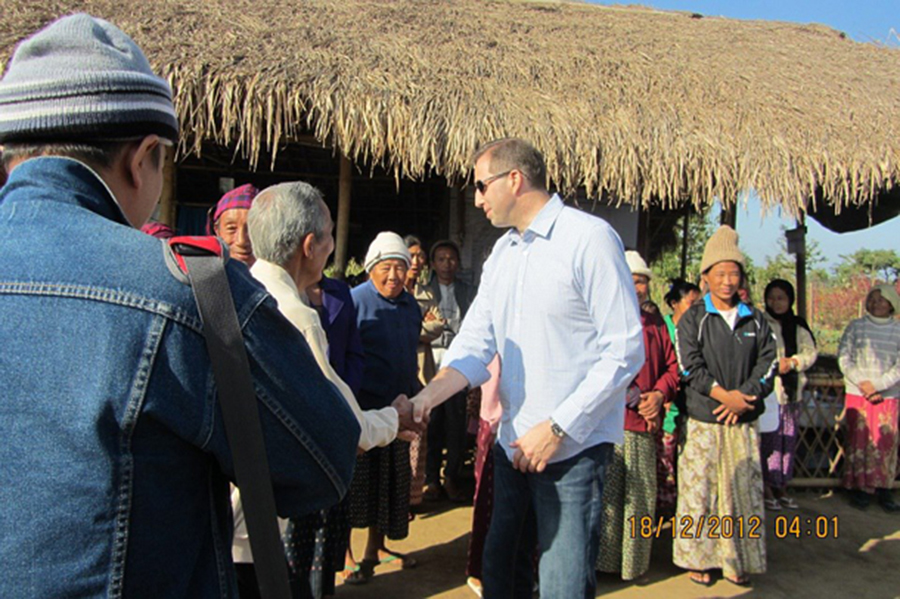 Then US Ambassador Derek Mitchell visits Kachin State in December 2012. – Photo from The Irrawaddy

YANGON (The Irrawaddy) —A recent US report portrays China as seeking privileged access and influence inside Myanmar in order to further its geostrategic interests, while taking steps to counter the influence of Western countries — particularly the US —especially along the China-Myanmar border.

In its report “China’s Role in Myanmar’s Internal Conflicts”, the United States Institute of Peace (USIP) mentions that a Chinese ambassador to Myanmar told his US counterpart not to go to conflict-torn northern and eastern Myanmar, where China wields influence over ethnic armed organizations (EAOs).

“In early 2016, for instance, the newly arrived PRC ambassador repeatedly (and unsuccessfully) urged the US ambassador not to travel to Kachin or eastern parts of Shan states because the United States ‘should respect China’s interests,’” the report says.

It interpreted the statement as implying that “China deserved to have predominant presence and influence in these areas, if not elsewhere in Myanmar, regardless of the wishes or interests of Myanmar, let alone the interests of other countries.”

When asked for comment, US Embassy spokesperson Aryani Manring told The Irrawaddy that “US ambassadors are accredited to the entire country, and regularly travel to all parts of the country.‎”

She did not deny the existence of the statement cited in the report, however; nor would she identify the US ambassador to whom it was addressed.

However, the ambassador in question is likely Derek Mitchell, who was posted in Myanmar until March 2016 and was the predecessor to current US Ambassador Scot Marciel. Mitchell, formerly one of the US most senior diplomats, also co-chairs USIP’s China-Myanmar Senior Study Group. Meanwhile, the “newly arrived PRC ambassador” may be Hong Liang, who has been Beijing’s envoy to Myanmar since July 2015.

The Chinese Embassy in Yangon didn’t respond to The Irrawaddy’s request for comment on Thursday.

The preface of the USIP report highlights the importance of Myanmar’s position at the crossroads of South and East Asia, and its coastline stretching along the Bay of Bengal. “Myanmar’s location makes the country a unique case, particularly in regard to U.S.-China cooperation,” it says. “It’s well known that China harbors a singular sensitivity to Western activity along its extensive border.”

In 2012, Mitchell became the first US ambassador posted to Myanmar after two decades of low-level bilateral relations. Five months after his arrival in Yangon, he made his first official trip to Kachin State, where fighting between government troops and the ethnic Kachin Independence Army (KIA) was raging. – By Kyaw Phyo Tha of the Irrawaddy 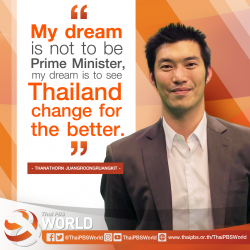