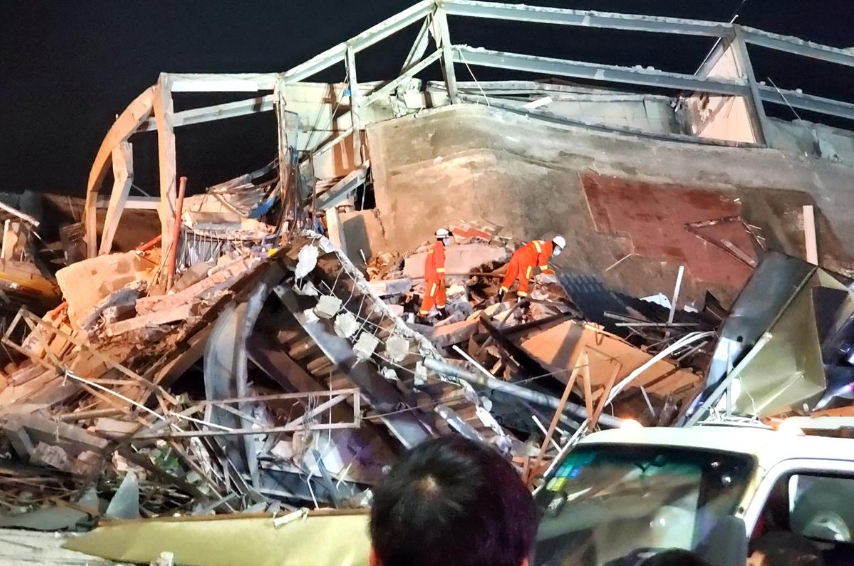 Rescue workers are seen on the site where a hotel being used for the novel coronavirus quarantine collapsed in the southeast Chinese port city of Quanzhou, Fujian province, China March 7, 2020. Picture taken March 7, 2020. cnsphoto via REUTERS.

At least ten people were killed in the collapse of a hotel used as a coronavirus quarantine facility in eastern China, authorities said Sunday.

Rescuers retrieved 48 people from the rubble, of whom 38 are still alive, the Ministry of Emergency Management said on social media.

The building in the coastal city of Quanzhou had been repurposed to house people who recently had contact with patients confirmed with COVID-19, the state-run People’s Daily newspaper reported.

The city has recorded 47 cases of the virus.

Video posted online by the ministry’s firefighting department showed rescuers helping children don surgical masks before pulling them from the wreckage of the six-storey Xinjia hotel, including a 12-year-old boy.

Rescuers were also seen spraying disinfectant on each other as part of “strict decontamination” measures between shifts.

Footage published by local media appears to show the hotel collapsing in seconds.

Other videos circulating on China’s Twitter-like Weibo platform show workers combing through the rubble in the dark as they reassure a woman trapped under heavy debris and carry injured people to ambulances.

The building’s facade appeared to have crumbled to the ground, exposing the structure’s steel frame.

Nine people escaped on their own at the time of the collapse, the ministry said.

The first floor had been undergoing renovation since before the Lunar New Year holiday, and construction workers called the hotel’s owner minutes before the collapse to report a deformed pillar, authorities said.

The owner has been summoned by police while investigators work to determine whether the renovation or an original structural issue was at fault, according to the ministry.

Fifty-eight people who had recently been in regions hard hit by COVID-19 were being quarantined in the hotel but all had tested negative for the virus, local newspaper Quanzhou Evening News reported Sunday.

More than 800 rescuers and 750 medical staff were deployed for the rescue effort along with 20 ambulances, the ministry said.

China’s National Health Commission said it was sending to Quanzhou 18 medical experts from the nearby cities of Fuzhou and Xiamen.

Building collapses and other deadly construction accidents have typically been blamed on the country’s rapid economic growth, which has led to corner-cutting by builders and the flouting of safety rules.

At least 20 people died in 2016 when a series of crudely-constructed multi-storey buildings packed with migrant workers collapsed in the eastern city of Wenzhou.

Another 10 were killed last year in Shanghai after the collapse of a commercial building during renovations. 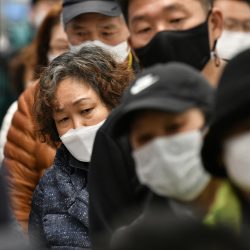 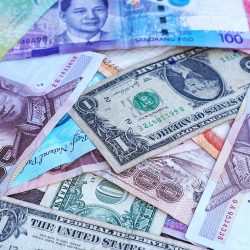