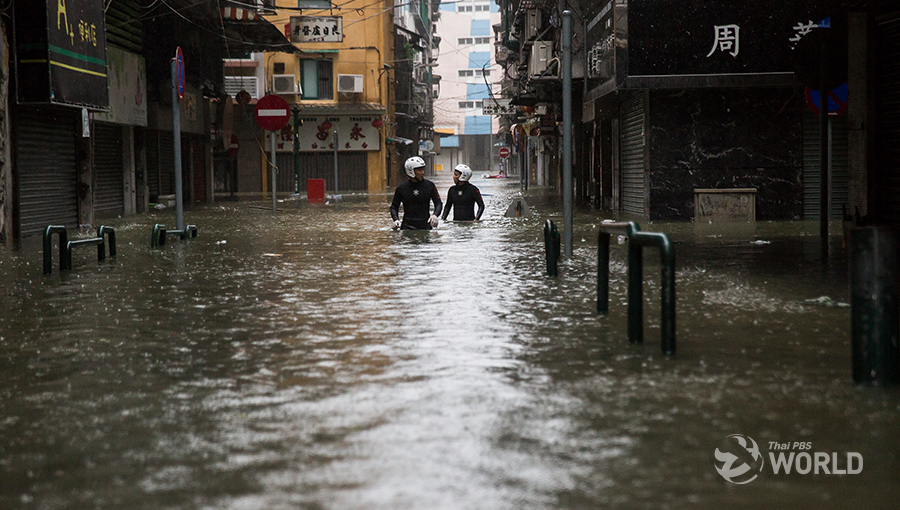 Rescue workers make their way through floodwaters during a rescue operation during Super Typhoon Mangkhut in Macau on September 16, 2018.

Tropical cyclone Mangkhut made landfall in the southeast Chinese province of Guangdong on Sunday after causing devastation in the Philippines, where the death toll was expected to exceed 50.

The China Meteorological Administration said early on Monday rainfall from the typhoon, dubbed the “King of Storms”, was expected to reach 100-160 millimeters (4-6 inches).

It said Mangkhut was located in Hengxian in Guangxi at 6 a.m. (2200 GMT Sunday) and had weakened to a “tropical storm”. The storm was also due to hit the regions of Guizhou, Chongqing and Yunnan on Monday.

The meteorological administration said Mangkhut was one of the 10 biggest storms to hit southeast China since 1949, with wind speeds at around 162 km/h (100 mph).

Two people were reported to have been killed in Guangdong, China’s most populous province. More than 2.45 million residents were relocated, state media reported.

China’s emergency management ministry, which deals with natural disasters, said in a notice late on Sunday it had already sent 24,000 officers to vulnerable parts of Guangdong, Hainan, Guangxi, Guizhou and Yunnan.

Authorities throughout those regions had been urged to dismantle structures vulnerable to heavy winds, strengthen port facilities and suspend large outdoor gatherings, the meteorological administration said. 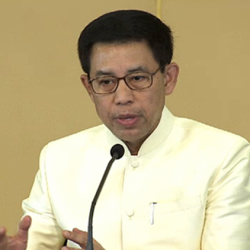