Photo: (AFP) Canada has also been dragged into the Huawei spat, after it arrested the firm’s CFO in December on a US extradition request

BEIJING (Reuters) – Chinese authorities have formally arrested on state secrets charges two Canadians detained last year, the government said on Thursday, drawing condemnation from Canada in a case that is likely to further increase tension between Ottawa and Beijing.

China has repeatedly demanded Meng be released, and has reacted angrily to extradition proceedings against her in a Canadian court.

“According to Chinese prosecutors’ approval, Michael Kovrig, due to being suspected of crimes of gathering state secrets and intelligence for foreign (forces), and Michael Spavor, for being suspected of crimes of stealing and illegally providing state secrets for foreign (forces), have in recent days been approved for arrest according to law,” foreign ministry spokesman Lu Kang told a daily news briefing.

The measures were in accordance with the law, Lu said, and Beijing hoped Canada “will not make irresponsible remarks” about law enforcement and judicial proceedings in China.

Canadian diplomats have made recent consular visits to them both, it added, declining to provide further details for privacy reasons.

“We continue to take the safety of the Canadians arbitrarily detained in China with the utmost priority,” Canadian Prime Minister Justin Trudeau told reporters during an official trip to Paris, calling the arrests “unacceptable.”

“We will continue to work with our allies and work directly with China to ensure that they understand that we are a country of the rule of law, and we will allow our legal processes to unfold independently while at the same time we will always stand up for Canadians and will continue to,” he added.

In March, China accused the two men of involvement in stealing state secrets.

Kovrig works for the International Crisis Group (ICG), a non-governmental organization which focuses on conflict resolution.

In a statement, ICG said Kovrig’s arrest was unjust and called for his immediate release.

“After 158 days of arbitrary detention, Michael still hasn’t been allowed to see his family or a lawyer,” ICG said. “His work was completely transparent and out in the open for all to see, including for Chinese officials.”

“Nothing Michael did was harmful to China,” ICG President and chief executive Rob Malley said.

With their formal arrest, they could soon face trial, though it is unclear when that may be.

While Canada says China has made no specific link between the detentions of the two men and Meng’s arrest, experts and former diplomats say they have no doubt it is using their cases to pressure Canada.

She was arrested at Vancouver’s airport in December on a U.S. warrant and is fighting extradition on charges that she conspired to defraud global banks about Huawei’s relationship with a company operating in Iran.

Meng was released from jail in December on C$10 million ($7.5 million) bail and must wear an electronic ankle bracelet and pay for security guards. She has been living in a Vancouver home that was valued at C$5 million in 2018.

Both she and the company have denied the U.S. charges. 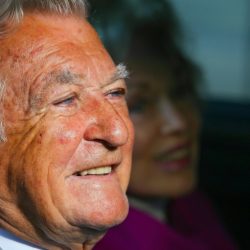 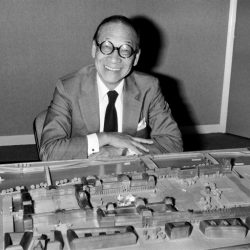