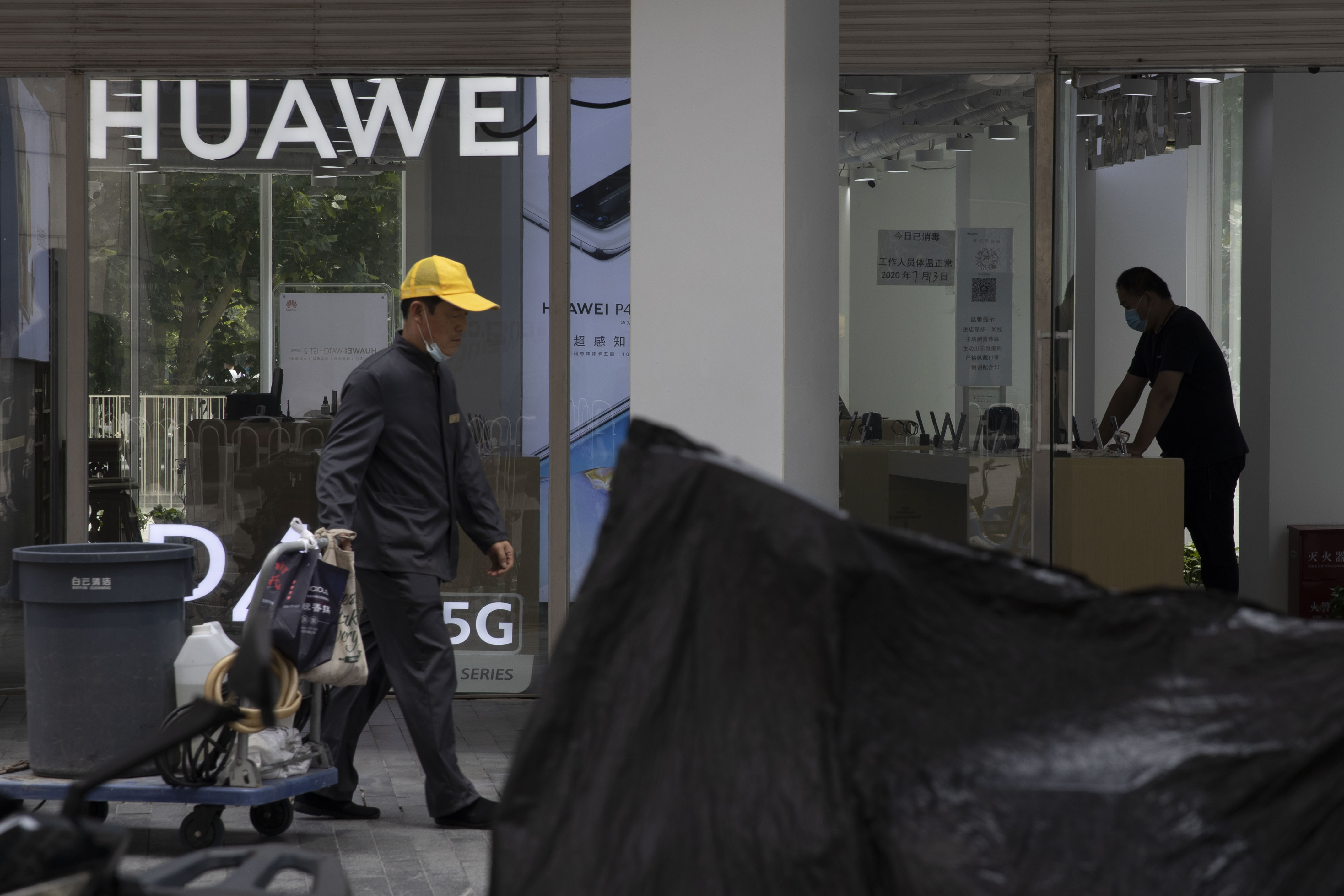 A worker pulls a trolley past a man looking at phones displayed at a Huawei store in Beijing Monday, July 13, 2020. Huawei Technologies reported Tuesday that its revenue grew 13.1% in the first half of the year compared with a year earlier, despite sanctions from the U.S and challenges from the coronavirus pandemic.

BEIJING (AP) — China’s government accused Britain on Wednesday of colluding with Washington to hurt Chinese companies after tech giant Huawei was blocked from working on a next-generation mobile phone network.

The British government announced Tuesday that Huawei Technologies Ltd. would be excluded from work on the network because U.S. sanctions made it impossible to ensure the safety of Chinese-supplied equipment.

“Without any concrete evidence, the United Kingdom took unfounded risks as an excuse and cooperated with the United States to discriminate, suppress and exclude Chinese companies,” said a foreign ministry spokeswoman, Hua Chunying.

Washington accuses Huawei of being a security risk, which the company denies.

The Trump administration is lobbying European and other allies to shun Huawei, the biggest maker of switching equipment for phone and internet companies, as they upgrade their telecom networks.

Washington last year imposed restrictions on Huawei’s access to American components and other technology. In May, the Trump administration tightened controls by blocking non-U.S. companies from using American technology to produce processor chips and other components for Huawei without Washington’s approval. 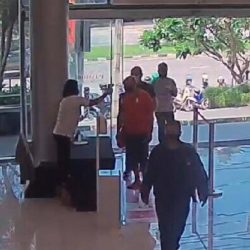 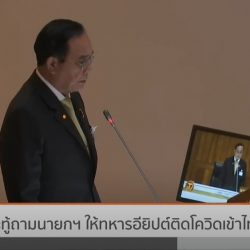