Protesters fighting the industrial estate project in Chana district of Thailand’s Songkhla province agreed to return home this morning (Wednesday), after the cabinet decision to suspend the project and to assign the National Economic and Social Development Council (NESDC) to run the strategic environmental impact assessment (SEA) was finally published in the government’s website last night.

Prasitthichai Nunual, secretary-general of the coordinating committee of Civil Society Organisations of Southern Thailand, representing the protesters in negotiations with the government, said that the protesters were not satisfied and vowed to carry on with their protest when the cabinet resolutions, initially released at about 7pm last night, did not include the Chana industrial estate issue.

He said that the protesters would not trust the government unless they see the cabinet decision on the Chana industrial estate published in the resolutions, because they do not want to see a repeat of the memorandum of understanding (MoU), which was agreed between protester representatives and then Deputy Agriculture Minister Thammanat Prompao in April, but was rejected by Prime Minister Prayut Chan-o-Cha, claiming the MoU had not been endorsed by the cabinet.

Prasitthichai also said that he notified government officials of the protesters’ concern and unwillingness to disperse, until the cabinet resolution were amended to include the decision on the controversial project.

Subsequently, a revised version of the cabinet resolutions was released via the government’s website, which satisfied the protesters.

A leader of the “Save Chana” youth network told the protesters this morning that the cabinet decision to suspend the project, until the completion of the SEA, is a “bridge” which will lead to their victory in the end.

The SEA is expected to take about a year.

The protesters, who camped out in front of Government House last night, started packing up this morning and are returning to Chana district in buses provided by the government. They were seen off by Deputy Permanent Secretary of the Prime Minister’s Office Mongkolchai Somudon.

The prime minister thanked the Chana people today, both those who agree with and those who oppose the project, for the peaceful end to the weeklong protest.

He then pleaded with all stakeholders to follow the law and to ensure transparency in the implementation of the project. 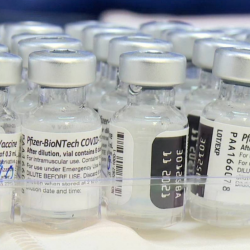 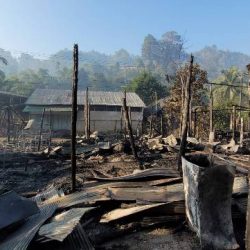