The pickup truck, which was used as a car bomb in an attack on the police apartments in Mueang district of Narathiwat Province on Tuesday, was not checked when it entered the compound of the apartment because it was not reported as stolen to police.

The driver parked the vehicle in the car park and quickly left. Shortly after, the device in the truck exploded, killing one police officer and injuring more than 30 other people, mostly family members of police.

Maj-Gen Pramote Prom-in, deputy commander of the southern-based Fourth Army Region, said that police know the identity of the pickup truck’s owner and are investigating whether they have any connections with insurgents in the province.

He said that the perpetrator intended to harm as many people as possible and cause extensive property damage, because the police apartments are usually crowded with people and there is a school opposite.

The school was ordered closed for two days, even though it did not sustain any damage.

Lt-Gen Santi Sakuntanark, the commander of the Fourth Army Region, meanwhile, said police are optimistic that they will apprehend the perpetrator.

He said he has instructed the police to collect all the evidence at the crime scene and check all the CCTV systems in and around the area.

Regarding peace talks with insurgent groups, the commander said that he expects them to resume in mid-December, to be facilitated by Malaysia. 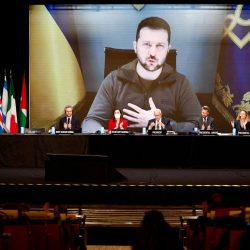