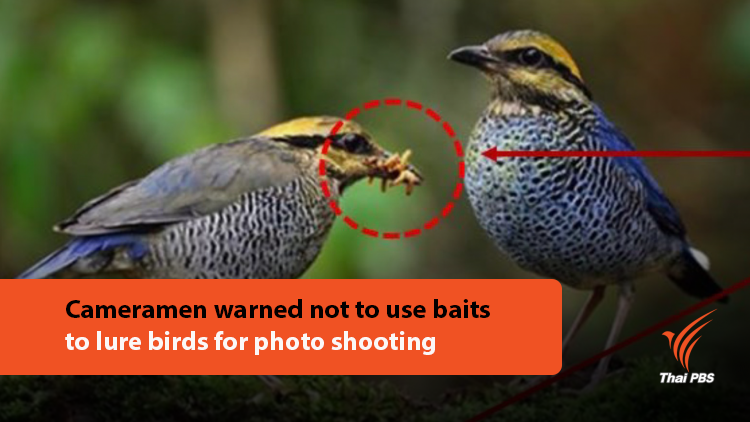 Wildlife photographers have been warned not to use baits or sound recorder to lure wild animals out of the bushes to the open so they can take their pictures or face legal action from the Department of National Parks, Wildlife and Plant Conservation.

The Khao Yai national park issued an announcement on its Facebook page today about the ban against the use of baits or sound recorder to lure birds into the open for photographing after three pictures of a Pitta cyanea, an endangered bird species were posted in Facebook by a netizen.

The pictures show the rare bird with several worms in its peak which park officials found unnatural as the worms are available for sale at animal feed shops.  The officials suspected that the worms were used as baits to lure the Pitta cyanea out of the bushes for the purpose of photo shooting which, they said, is illegal.

In the announcement, park officials said the worms might be infected with diseases which could harm the birds because they were not available in the wild.  Also, they added that this would change the habit of the wildlife.

Using baits is a violation under the National Park Act and national park announcement. 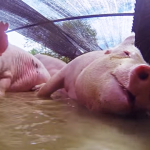 Over 1,000 pigs seized in Chachoengsao after red meat enhancer found