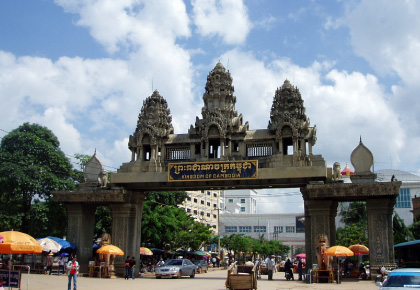 Cambodia has beefed up security along its border with Thailand, with troop and police reinforcements being deployed at strategic areas to prevent former opposition leader Sam Rainsy and his men from entering Cambodia to join the Cambodian Independence Day celebrations on Saturday.

Reinforcements are reported to have arrived at 20 border crossings along Thailand’s eastern border, from Ta Phraya district of Sa Kaew province to Klong Hat district in Trat province.

Cambodians, who usually cross the border into Thailand to work as labourers in the morning and return in the evening, have been barred from crossing by Cambodian officials.

At the Aranyaprathet-Poipet border crossing, which is a major border trading point, the number of Thais and Cambodians crossing the border today dropped significantly due to the tightening of immigration controls by Cambodian officials.

The Governor of Cambodia’s Bantay Meancheay and his delegation met with Thailand’s Sa Kaew provincial governor, Mr. Woraphan Suwannut, to seek cooperation in preventing anti-government elements from staging protests near the border.

Sam Rainsy has vowed to return to his home country to lead demonstrations against Cambodian Prime Minister Hun Sen after he was prevented from boarding a Thai Airways International flight from Paris to Bangkok yesterday.

He told Reuters at Paris’ Charles de Gaulle airport that THAI staff refused to allow him to board the flight, but that he would not be deterred from trying again. 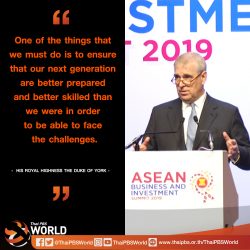 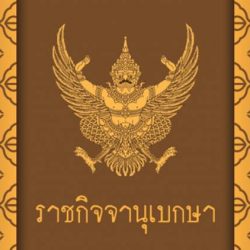