The cabinet decided today (Tuesday) to roll out the 5th phase of the popular 50:50 co-payment scheme by providing 800 baht to each of the 26.5 million Thais who have subscribed to the program, to be spent in September and October, said Director-General of the Fiscal Policy Office Pornchai Thiraveja.

Maximum daily spending in the co-payment scheme is capped at 150 baht.

The cabinet also approved a 200-baht monthly welfare payment, for September through October, to about 13.34 million Thais who hold state welfare cards, in order to boost their purchasing power, he added.

Moreover, the cabinet agreed to provide 200 baht, also for two months, to about 2.23 million people classified as those who need special help under the 3rd phase of the program.

The government has already rolled out four phases of the co-payment scheme, which has been hailed as being successful in boosting the income of small businesses and the national economy through increased spending.

The first four phases cost the taxpayer about 222 billion baht, drawn from a one trillion baht loan and an additional 500 billion baht in borrowing.

The first phase was from October to December 2000 for 10 million subscribers, each receiving 3,000 baht. 30 billion baht was allocated.

The fourth phase cost 34.8 billion baht for 29 million subscribers, from February to April this year.  Each subscriber received 1,200 baht. 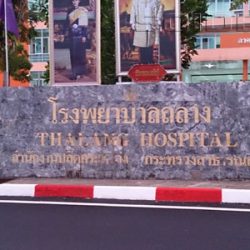