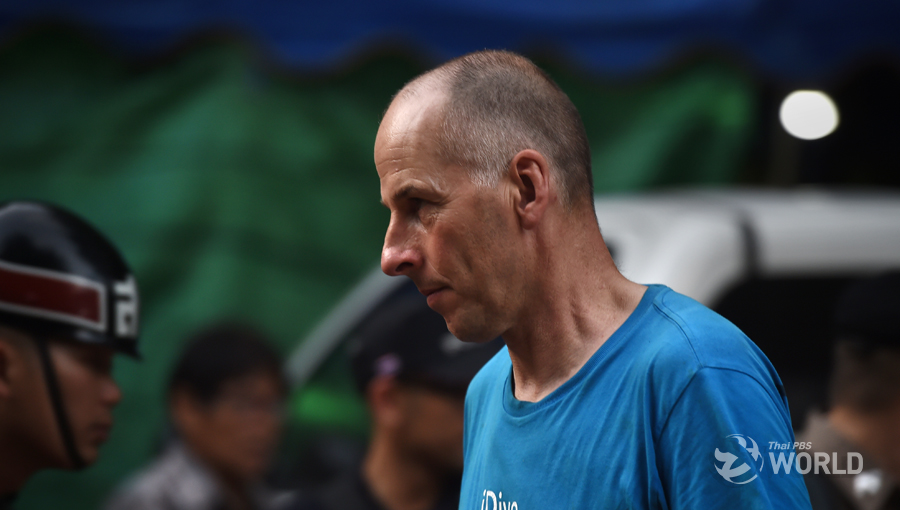 British cave diver Richard Stanton arrives at the Tham Luang cave area as rescue operations continue for the 12 boys and their coach trapped at the cave in Khun Nam Nang Non Forest Park in the Mae Sai district of Chiang Rai province on July 6, 2018. A former Thai navy diver helping to rescue a football team trapped inside a flooded cave died July 6 as officials warned the window of opportunity to free the youngsters is “limited”. / AFP PHOTO / Lillian SUWANRUMPHA

Richard Stanton, one of the British cave divers involved in the Tham Luang cave rescue operation last month has been bestowed with the Coventry Award of Merits by the Coventry town where he has been residing, according to the BBC Thai website.

The Coventry town will also grant him the Good Citizen Award for his act of heroism in Thailand.

The former fireman said he was very impressed with the people’s expression of understanding and appreciation of the rescue mission which is not an ordinary event.

The Coventry Award of Merits was granted in honour of residents of Coventry for their efforts in contributing for the betterment of the society.

Coventry administrator George Dakkins hailed Stanton as a “real hero”, saying that the Tham Luang rescue operation has captured the attention of people worldwide who waited anxiously for its outcome.

As a citizen of Coventry, he said the people of Coventry was proud of Stanton as one of the important rescuers from his town and that the former fireman was an inspiration for the people of the town.