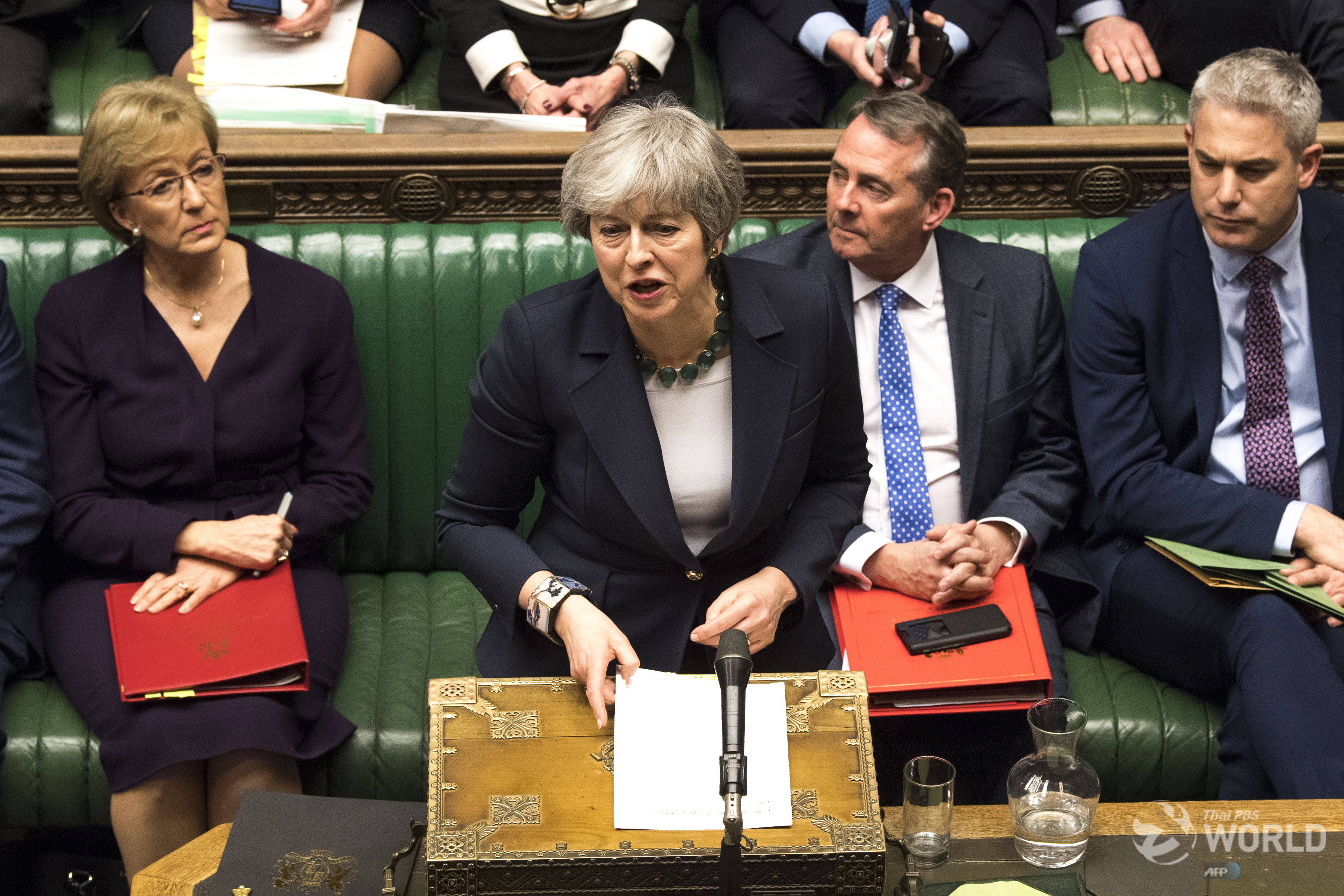 A handout photograph released by the UK Parliament on March 13, 2019 shows Britain’s Prime Minister Theresa May responding to the result of a vote in the House of Commons in London on March 13, 2019 in which MPs signalled their opposition to leaving the EU with no deal. – British MPs signalled their opposition Wednesday to leaving the EU with no deal on March 29, in another blow to Prime Minister Theresa May’s authority which opens the door to Britain requesting a Brexit delay. (Photo by MARK DUFFY / UK PARLIAMENT / AFP) / RESTRICTED TO EDITORIAL USE – NO USE FOR ENTERTAINMENT, SATIRICAL, ADVERTISING PURPOSES – MANDATORY CREDIT ” AFP PHOTO / MARK DUFFY / UK Parliament”

As British Prime Minister Theresa May struggles to push through her Brexit deal, Thailand should brace itself for its consequence.

As of press time, embattled British Prime Minister Theresa May is working on various options to get her Brexit deal through after the recent defeats in the parliament.

The British lawmakers last week voted to reject the option of leaving the European Union’s without a deal, raising questions over the conditions for the United Kingdom’s leaving the EU bloc as the deadline for their divorce is only two weeks away.

Regardless of uncertainties, Thailand should brace for the UK exit from the EU because it is more likely to happen than not, just a matter of when. Let’s assume the UK is on course to leave the EU on March 29 as scheduled, here are the economic impacts on Thailand.

First of all, no-deal Brexit means the UK will no longer be a part of the EU bloc and will have to revert to World Trade Organization rules on trade. Consequently, Made-in-UK goods will be subject to the EU’s tariffs, like that of other non-EU nations. Meanwhile, the price of the EU-made merchandises in the UK may become more expensive as they will have to bear the cost of imported tariffs as well.

According to SCB Economic Intelligence Center, no-deal Brexit could impact the UK economy and, consequently, affect the British purchasing power. The British’s demand for the Thai exports namely automobiles and parts as well as processed chicken meat may reduce.

Nonetheless, the overall impact on Thai exports should not be significant because the Thai outbound shipment to the UK represents only 1.5 percent of total Thai exports, the think tank of Siam Commercial Bank (SCB) said.

Auramon Supthaweethum, Director-General of Department of Trade Negotiations, said Brexit could complicate the process of Thai-EU free trade negotiation, which is scheduled to resume in the second half of this year. At any rate, after the Thai general election, Thailand is set to continue to negotiate with the EU on the Thai-EU free trade deal regardless of the UK decision, she added.

On the bright side, Brexit may prompt the UK investors to pay more attention to potential markets beyond the EU border. At present, direct investment from the UK to Thailand is small, accounting for only 3.5 percent of the total foreign direct investment, according to SCB.

The shifting of the UK interest toward Thailand is evident by the UK Export Finance’s announcement last year to establish a fund worth 4.5-billion pounds to support UK investors’ ventures and sourcing of materials in Thailand.

Mark Field, the UK Foreign and Commonwealth Office Minister for Asia and Pacific, also expressed the UK’s interests in partnering with Thailand in fintech in his article written early this month for The Nation newspaper.

Kasikorn Research Center noted that in addition to Brexit, Thai investors should take into account the consequences of the EU and Japan’s Economic Partnership Agreement (EPA) which entered into force last month.

The EPA could affect the exports of Thai automobile which is part of the Japanese’ supply chains. The EPA will end tariffs of auto and parts between Japan and EU by 2026.

Kasikorn Bank’s think tank said in light of Brexit, some Japanese automakers may relocate some of their car productions from the UK to other EU countries to maintain the EU trade privileges.

While the actual impacts on trade and investment remain to be seen, Brexit has been chiefly attributed to the volatility of the British pound since the referendum in 2016.

SCB Economic Intelligence Center said that weaker British pound could dampen the sentiment of British arrivals. The UK holidaymakers are among the biggest spenders in Thailand with Bt77,600 per trip. At any rate, since the receipts from British travelers represent only 2.1 percent of the total, the impact on tourism industry should not be significant.

In spite of limited economic impact on Thailand, Brexit talks deserve close attention because the outcome could determine the UK economic and political relations not only with the EU but also other countries such as Thailand in the future.

Brexit may reshape the future trade relationship between Thailand and the UK. For example, bilateral trade deal between the two countries may be inevitable.

Ultimately, the UK divorce from the EU is served as a lesson for Asean countries to rethink their regional integration strategy by focusing more on each country’s limits and emerging issues such as migration.  – By ThaiPBS World’s Economic Desk 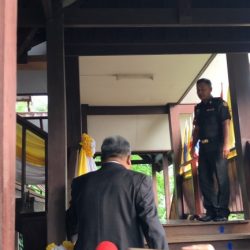 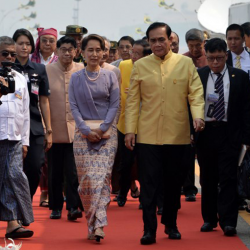