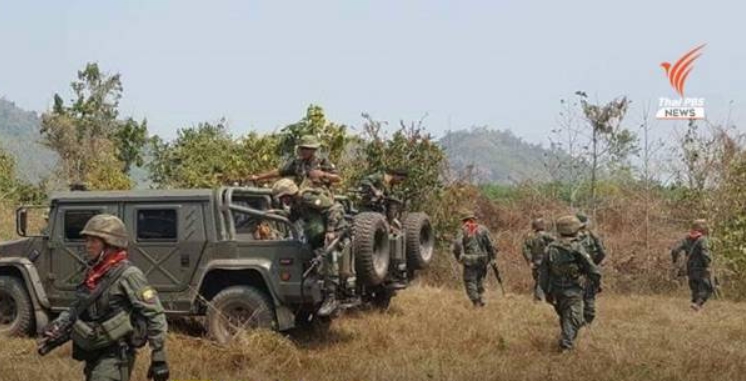 Thai troops deployed at the western border with Myanmar, in Sangkhla Buri district of Kanchanaburi, have been put on alert in anticipation of a new round of fighting between Myanmar government troops and Mon rebels.

Fighting broke out a few days ago, resulting in the takeover of a Mon National Liberation Army base in Ban Bor Yeepoon by Myanmar troops.  The clash sent about 1,000 Mon civilians fleeing across the border to seek refuge in Thailand’s Sangkhla Buri district.

Two shelters have been set up to house the refugees, one in Bang Songkalia in Village 8 and the other at Wat Tao Tharn in Village 9.

It was reported that a new group of Mon civilians fled across the border today on motorcycles and in pickup trucks after they were told by Mon soldiers of an imminent offensive to retake their base from the Myanmar forces.

Colonel Sitthiporn Chulapana, commander of Lat Ya Task Force, is reported to have ordered troops, deployed at the border from Three Pagoda Pass to Ban Nam Kirk, to be on the alert to prevent the fighting from spilling over onto Thai soil. 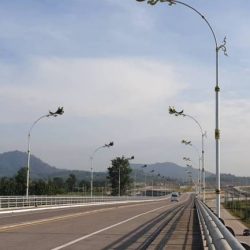