Public Health Minister Anutin Charnvirakul said today (Wednesday) that people already inoculated with two doses of the China’s Sinovac vaccine will be given the third booster jab soon in October or even sooner.

He did not, however, specify the new timing, adding that it will be up to the Disease Control Department.

Millions of people, including many foreign migrant workers, have been given two Sinovac doses and are waiting for a third booster jab of AstraZeneca viral vector vaccine, expected to commence in October. Recently, however, the Ministry of Public Health has adjusted its mix-and-match vaccination regimen by administering Sinovac for the first jab and AstraZeneca for the second.

The minister assured the public that, by the end of this year, Thailand will have received 120 million doses of various vaccine makes, which should be enough to meet domestic needs, without having to press for more vaccines from the local distributers or producers.

The new field hospital, with a capacity to accommodate 120 patients, is fully equipped to treat severe or “red” cases without the need to transfer the patients to general hospitals.

Equipped with ICU facilities, he said that the new field hospital, which is due to open tomorrow, will provide another treatment option for COVID patients.

Regarding the idea of subcutaneous injection, the minister said that trial vaccinations using the technique found that a number of people developed rashes around the injection site, prompting health experts to recommend not using the technique and to stick to intramuscular injections, unless there is a shortage of vaccines.

Besides the Pfizer vaccine, which is to be administered to children, he said the Public Health Ministry will try to procure other vaccine makes which are safe for children.

The Pfizer vaccine has already been registered with the Thai Food and Drug Administration (TFDA) for administration to children.  China’s producer of Sinopharm vaccine had applied for TFDA registration to be used in youngsters over 3 years old but has yet to be approved.

Up to half a million Thai medics have already received their third booster shots, with about 2 million other people to soon be jabbed, said Mr. Anutin. 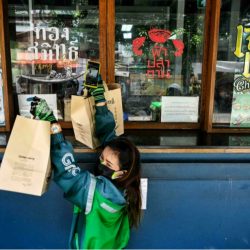