Thailand’s smaller political parties, most of which have just one seat in the House of Representatives, are set to petition the Constitutional Court this Friday to seek a ruling on the constitutionality of the constitutional amendment draft, which recently passed its third and final reading in parliament.

Dr. Ravee Matchamadol, leader of the New Palangdharma Party and a party-list MP, told the media this morning (Wednesday) that the small parties have now collected more than half of the votes needed to support their move for the interpretation of the amendments by the Constitutional Court.

He said that the draft is flawed because the original covered only Sections 83 and 91 of the Constitution, but Section 86 was added later for deliberation in the third reading.

He also said that the group feel that the inclusion of Section 86 was intended to end the mixed-member apportionment (MMA) electoral system, applied in the last general election, and to replace it with the two-ballot electoral system for 400 constituency seats and 100 party-list seats in the House.

Dr. Ravee also alleged that the charter amendment process was kept under wraps, citing the deletion, by the parliamentary scrutiny committee, of 4-5 sections from the original draft during the second reading, adding that, if done correctly, the original draft should have been withdrawn first.

He said the group would like Prime Minister Prayut Chan-o-cha to withhold submission of the approved charter amendments for Royal endorsement, until there is a ruling from the Constitutional Court.

The two-ballot electoral system will benefit big parties, such as Pheu Thai and Palang Pracharat, while negatively affecting mid-sized and small parties, such as the Move Forward (formerly Future Forward), which was awarded many party-list seats thanks to the MMA electoral system. The Pheu Thai party, which won the most constituency seats, did not get a single party-list seat, depriving many of its heavyweight members of playing a role in parliament. 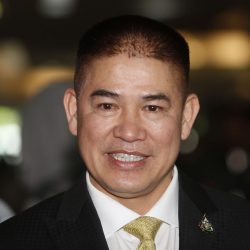 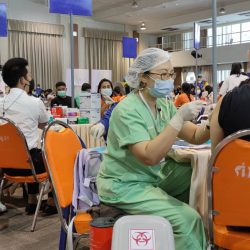