The Bangkok Metropolitan Administration (BMA) is aiming to inoculate at least 500,000 people by the end of May, and as many as a million a month from June, said Bangkok Governor Aswin Kwanmuang today (Sunday).

The governor also inspected the capital’s vaccination facility at the Central Ladprao shopping mall today, where 850 public bus, electric train and boat drivers and 300 garbage collectors are to be inoculated against COVID-19.

The governor told the media that the BMA has made preparations to inoculate about 170,000 teachers under its supervision before the opening of the new school term, scheduled for June 1st and, in the next step, will vaccinate other people in the service sector and those considered as being at high risk, such as car and motorcycle taxi-drivers, elderly care workers and officials working at child care centres.

He said that the BMA will expand the vaccination campaign to cover at least 70% of those living in Bangkok.

The vaccination service is or will soon be available at 126 hospitals in the capital, plus 25 venues outside hospitals, three of which are already in operation, with the rest coming online this month.

The governor said, however, that starting the new school term on June 1st may not be possible, due to concerns over the safety of very young children, as the spread of the virus is not yet slowing down, adding that the Ministry of Education will have the final say. 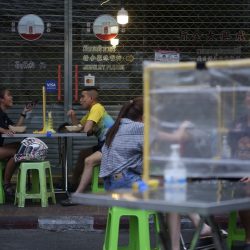 Easing of restrictions on eateries effective on Monday - Royal Gazette 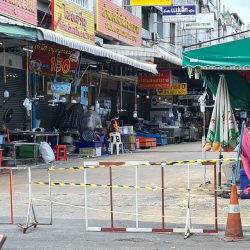