US President Joe Biden and his Russian counterpart Vladimir Putin will speak Thursday in a latest effort to defuse tensions surrounding Moscow’s military build-up on the border with Ukraine.

It will be the second telephone call in less than a month between the two leaders, with Biden in early December warning Putin of “severe consequences” if Russian troops invaded.

Biden, who is at his home in Delaware for the New Year’s holiday, will stress that Washington is looking for a “diplomatic path” out of the crisis, a senior administration official told reporters.

“But we are also prepared to respond if Russia advances with a further invasion of Ukraine,” Biden will tell Putin, the official said, adding that Washington remained “gravely concerned” about the military build-up and wanted to see the Russian forces return “to their regular training areas.”

– US support for Ukraine –

Russia has sent tens of thousands of troops to the border with Ukraine, according to Western officials who fear a repeat of 2014, when Moscow seized the Crimean peninsula and a pro-Russia insurgency broke out in eastern Ukraine, leaving more than 13,000 people dead.

In a potential step to defuse tensions, senior US and Russian officials plan to meet on January 10 in Geneva.

The meeting comes after Russia offered proposals to the United States that included calls not to expand NATO eastward or to set up bases in former Soviet republics.

The United States has called some of the Russian positions non-starters but said it is willing to talk and will also bring up its own concerns.

The dialogue was set up when Putin and Biden met in Geneva in June. US officials at the time sought at least for greater predictability in the tense relationship with Russia — hopes that have been dashed with the latest troop movements.

The administration official made clear there were no plans for another in-person summit.

Russian Foreign Minister Sergei Lavrov has vowed that Moscow will take a “hard line” in the Geneva talks in defending its interests.

Ahead of the US-Russia talks, US Secretary of State Antony Blinken spoke by telephone on Wednesday with Ukrainian President Volodymyr Zelensky.

“I was assured of full US support for Ukraine in countering Russian aggression,” Zelensky tweeted afterward.

The Western foreign ministers “affirmed the consensus among allies and partners to impose massive consequences and severe costs on Russia for such actions,” Price said.

The Biden administration has vowed to take all actions in lockstep with its European allies. Following the Geneva talks, Russian delegates will meet with delegates of the NATO alliance ahead of a meeting of the Organization for Security and Co-operation in Europe, a key Cold War forum that brings together Moscow and the West. 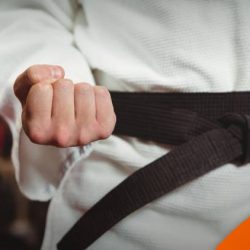