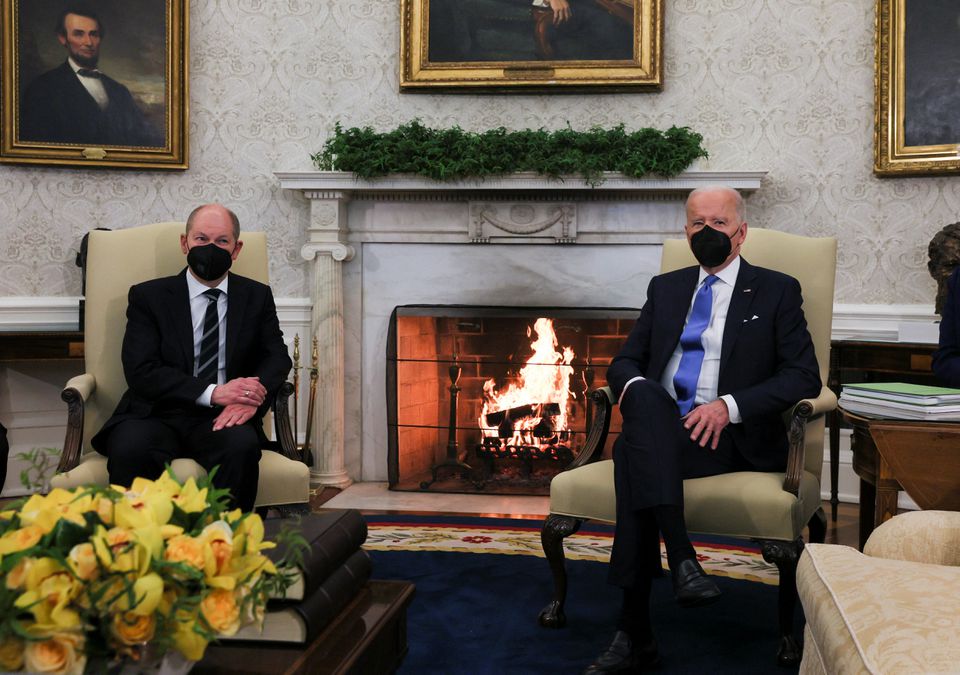 WASHINGTON, Feb 7 (Reuters) – U.S. President Joe Biden said on Monday that the Nord Stream 2 gas pipeline would be halted if Russia invades Ukraine and stressed unity with German Chancellor Olaf Scholz as the West rallies to avert a war in Europe.

At a White House press conference with the new German leader, Biden, a longtime opponent of the decade-old pipeline project to Germany from Russia, said Russian forces crossing into Ukraine would trigger a shutdown.

“If Russia invades, that means tanks or troops crossing the … border of Ukraine again, then there will be … no longer a Nord Stream 2. We, we will bring an end to it,” Biden said. Asked how, given the project is in German control, Biden said: “I promise you, we’ll be able to do it.”

Scholz said the United States and Germany had the same approach to Ukraine, to Russia and to sanctions, but did not directly confirm the Nord Stream 2 plans or mention the pipeline publicly by name over the course of his day-long visit.

Whether the United States and Germany are on the same page over the $11 billion project has become a crucial question as the two major democracies lead NATO allies in pushback against Russian President Vladimir Putin.

Russia has amassed some 100,000 troops near the Ukraine border. It denies it is planning an invasion. U.S. officials say an attack could occur within days or weeks.

Scholz, under fire at home and abroad for what has been seen as insufficient leadership in the crisis, told reporters Russia would pay a very high price if it invaded Ukraine and said Germany and the United States had the same approach.

“We will be united. We will act together. And we will take all the necessary steps,” Scholz said in English.

Even before the pipeline starts flowing, Germany uses Russian gas to cover half its needs. It delayed approval of the Nord Stream 2 pipeline until at least the second half of 2022, but has refused to cancel the nearly completed project.

Biden and Scholz emphasized that they preferred diplomacy as a solution to the Ukraine conflict.

Asked if Russia still had an “off ramp” from any crisis, Biden said yes.

Scholz, whose popularity has plunged 17 percentage points in recent weeks as tensions ratcheted up with Moscow, is due to visit both Ukraine and Russia next week, after meetings this week with Biden, European Union officials and the heads of Baltic states.

The Biden-Scholz relationship could be pivotal at a time when French President Emmanuel Macron has yet to declare if he will run in an election in three months, and while British Prime Minister Boris Johnson is engulfed in a domestic crisis.

On Monday, Macron met with Putin and told the Russian leader he seeks to avoid war and build trust.

Biden and U.S. officials emphasized that Germany was the second largest donor of non-military assistance to Kyiv after the United States, and that they were planning sanctions against Russia together.

Details of the sanctions package are still being finalized, but banning Russia from the SWIFT financial transaction system remains an option, a U.S. official said.

Steven Sokol, president of the American Council on Germany, said Scholz needed to clarify Germany’s position on Nord Stream 2 and show more “creativity” in providing assistance to Ukraine, short of sending in weapons.

“Germany has to understand that if it wants to be more of a player on the world stage and carry more responsibility, then with that comes taking more action,” Sokol said. “In order to be a leader, Germany has to do more.” 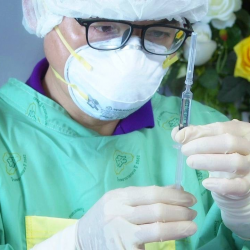 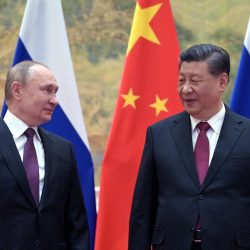