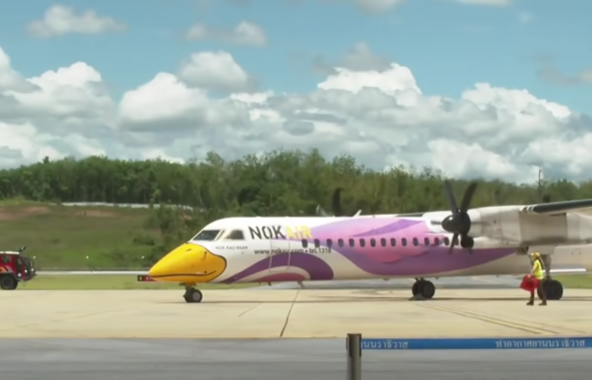 Flights between the Betong district of Thailand’s southernmost province of Yala and Bangkok have been cancelled on Wednesday and Friday, just two days after the inaugural commercial flight.

With Prime Minister Prayut Chan-o-cha presiding over the commencement ceremony for the commercial use of Betong Airport on Monday, flights between the southern district and the capital were originally scheduled three times a week, operated by low-cost airline Nok Air on Mondays, Wednesdays and Fridays. Flights this Wednesday and Friday have, however, been abruptly cancelled.

Nok Air explained that the flights for today and Friday are cancelled because the booking services were handed by tour agencies. They asked to postpone the flights because most of the shops at the airport’s terminal remain closed due to the COVID-19 pandemic. Also, the fact that only fewer than 30 combined bookings were made for the two flights this week had also prompted the airline to cancel the flights.

Passengers told Thai PBS today that the airline had informed them that, if they really want to fly to Bangkok, they should board a flight in the Hat Yai district of neighbouring Songkhla province.

Passengers who have already bought tickets will be fully refunded within seven days, plus 1,200 baht compensation for each ticket, according to the Department of Airports.

The department said today (Wednesday), however, that it was notified by Nok Air that it will operate a special flight from Don Muaeng in Bangkok to Betong and a return flight this Friday, scheduled to depart Bangkok at 9.55am and Betong Airport at 12.30pm. Dubbed the “Influencer Flight”, to promote tourism in Betong, members of the media, social media influencers and representatives of tour agencies have been invited on board.

According to the airline, a new deal with agencies has been struck to guarantee a minimum of 65 seats booked per flight at 3,000 baht each, effective April 1.

The airport project was approved by the cabinet in October 2015. The construction cost was estimated at 1.9 billion baht and was originally scheduled to be operational in mid-2020.

The airport’s apron can accommodate three 80-seat aircraft and the passenger terminal can handle 300 passengers per hour, or 800,000 passengers a year. 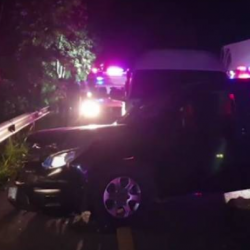 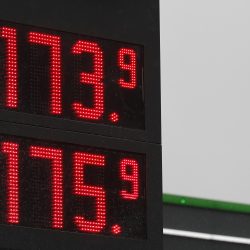