“Real-size beauty is about you celebrating your individuality, the aspects of your diversity and the unique qualities you have within you. It’s about being proud of who you are and where you’ve come from and it’s not limited to shapes and sizes.”

Meet Anchilee Scott-Kemmis, a Thai-Australian model who is here to challenge the Thai beauty standards with her online social movement #RealSizeBeauty, to empower women to be proud and to fully embrace their real bodies.

“I think it will empower women, particularly Thai women, by really showing how liberating it is, once you accept yourself for who you are and celebrate your individuality,” she explains. 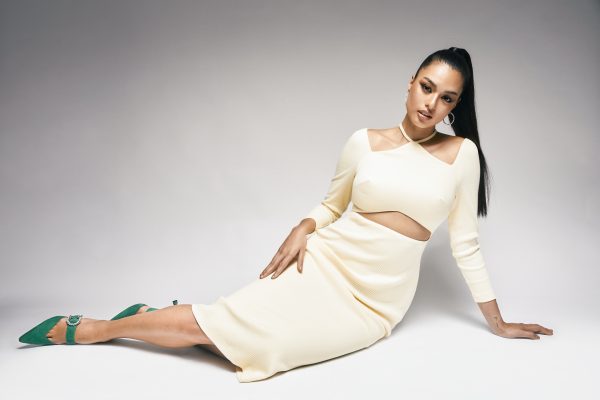 The movement came out of her own experience of being body-shamed and being told to lose 10 kilograms of her weight for a casting call at the age of only 13.

“But the reality is, I’m just naturally bigger-built,” she explains. “So, it came through accepting that this is who I am, I’m proud of who I am and what I’m able to achieve beyond my size.”

Another inspiration for her online movement came from her previous experience as a captain of high school sports teams, ranging from volleyball and basketball to softball, where she talked to young students who felt “insecure” and “incapable” in their own bodies.

“You feel a sense of a moral and social responsibility to stand up for them and to be a representation for the younger kids who look at television shows, magazines, modelling shoots, whatever it may be and not seeing themselves there. So you want to pave the way and continue paving the way for our younger generation who will be our future.” 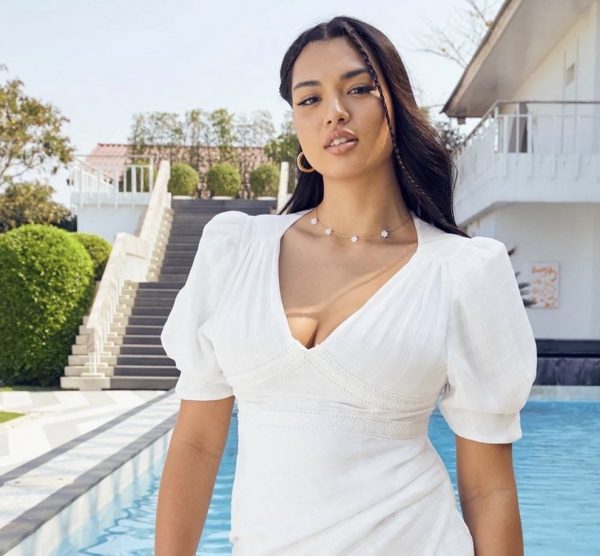 “I think we should just be called models, if that’s our occupation. You don’t need to add the “curve” or the “plus” or the sample size. I think it causes too much segregation and divide when it doesn’t have to.”

The term “plus-size”, commonly used to categorise clothing and women, has always been problematic. Anchilee is also among many top models who are not in favour of the term. Another term that such models will associate with more is “curve model”.

“No one really wants to be called plus-sized,” she said. “[Because] we all have our own curves and parts of our bodies that don’t fit the norm.” 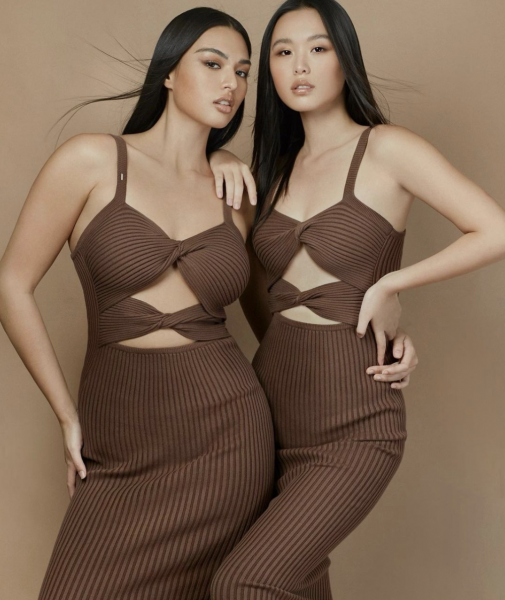 Another struggle for many curvy women, including Anchilee, is buying clothes, as most shops and wholesale markets in Thailand have a very limited size-range and mostly cater towards women who are smaller.

“I can’t go on the streets and buy street clothes that sometimes are very appealing to me, simply because XL doesn’t even fit me in Thai standards”

The 22-year-old model, who is 183 centimetres tall, also admits that she used to be upset about being labelled as plus-size by others, including some Thai media outlets in the beginning.

“Because it made me feel like, am I not qualified to be a model?” she reveals. “But I’ve reached the stage now where I don’t mind being called those things, because that’s exactly why I’m here; to change perceptions and to change mindsets.” 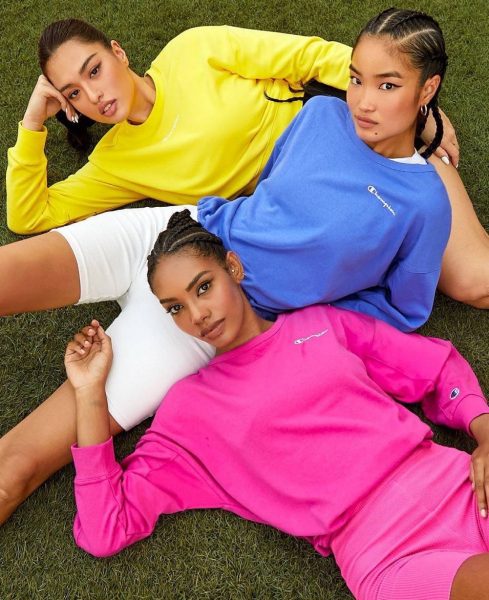 The beauty standards are changing for the better and are becoming more diverse, as Anchilee reflects, people are able to imagine themselves being on billboards and commercials a lot more. Unfortunately, she feels that such changes have not yet happened in Thailand.

“In Thailand, we hold on to these unattainable beauty standards and you end up segregating people [because of it].”

Anchilee believes that body shaming still exists in society, because there is not enough representation of other body types in the media. She explains by referring to an article from TIME magazine that she read, on how young teenage girls are going through more mental disorders because of Instagram.

“Because they’re seeing photos that are not realistic examples of the real world,” she reflected. “They talk about these girls being suicidal and it’s becoming a real social issue. So we cannot turn a blind eye to this. We just can’t.” 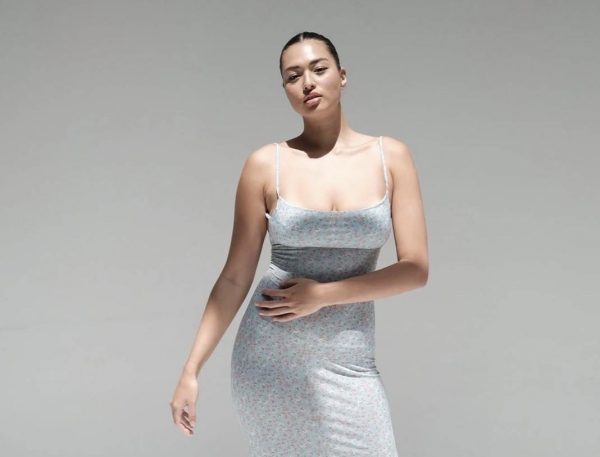 Anchilee feels that it is a social responsibility to make people see other aspects of beauty that are not related to their appearance or body shapes.

“I think we tackle this by representation and looking at other aspects of beauty, such as capabilities, your mindset, how you think, how you treat people with respect and passion. All those aspects form into true beauty.”

With her goal to set an example and to challenge the existing beauty standards, Anchilee intends to express her standpoint at this year’s Miss Universe Thailand competition.

“I will show up and be absolutely confident in who I am and [I will] fight extremely hard and hopefully win. I think winning will be the changing point.” 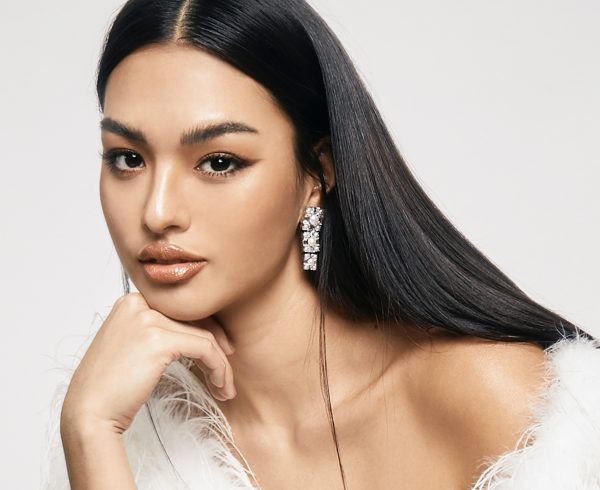 Be who you are, loud and proud

As to what empowerment means, Anchilee believes it is being who you are “loud and proud”, celebrating your identity and getting your voice out there.

“It means breaking out of your shell and being unapologetically yourself,” she explains.

When asked what she would say if she could tell it to every single woman in the world, the Miss Universe Thailand contestant would say that she’s proud to see and be part of a community where women are standing up for themselves, raising their voices more and provoking “uncomfortable” changes in a male-dominated world.

“I would say keep doing it, keep fighting, because there’s nothing more empowering than seeing a woman in charge, a woman leader, really giving men a run for their money.” 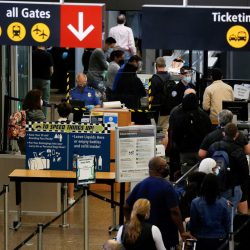 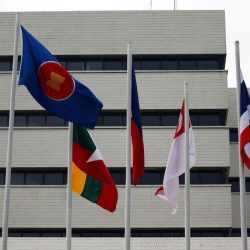