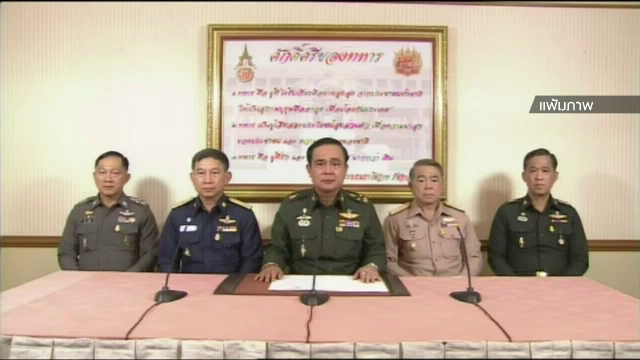 A draft law seeking to repeal the post-coup junta’s executive orders is the latest attempt by civil society to uproot the legacy of the military government which ruled from May 2014 until just after the March 2019 general election.

The bill is due to go before the House of Representatives this Wednesday (Dec 8), after the first reading was postponed from December 1.

Proposed by the Internet Law Reform Dialogue (iLaw), the bill is backed by more than 13,000 voters’ signatures.

In order to pass the first reading, it needs support from more than half of the existing 475 MPs, or at least 238.

Activists and opposition politicians are urging Parliament to pass the bill. However, observers reckon it has little chance, pointing out that the national assembly is dominated by MPs from the coalition led by former junta leaders, while the Senate was appointed by the junta.

The junta — officially called the National Council for Peace and Order (NCPO) — issued a total of 556 announcements and orders during its five years in power. General Prayut Chan-o-cha, who led the 2014 coup, used his absolute power as NCPO leader to issue a string of orders to tackle different issues facing his administration. That power was conferred to him by Article 44 of the junta’s 2014 interim Constitution.

The NCPO is now defunct, but its executive orders remain in force thanks to Article 279 of the 2017 Constitution.

Article 279 states that all NCPO announcements and orders, in effect when the current charter was promulgated, “shall be considered constitutional, lawful and effective under this Constitution” and can only be repealed or amended by Parliament or executive decree.

According to iLaw, at least 35 of the NCPO’s executive orders violated principles of human rights and democracy, including those that permitted the military to summon and detain people for seven days without charge, that banned political gatherings of five people or more, and that gagged the media.

Seventeen of the executive orders are still in force while the rest were repealed by the junta or Constitutional Court. However, repealed laws still govern ongoing cases. For instance, the NCPO’s revocation of orders permitting civilian cases to be tried in military courts did not affect ongoing cases.

What the bill says

The bill is officially called the Draft Act on the Annulment of Announcements and Orders by the National Council for Peace and Order and the NCPO Leader That Are Against the Human Rights and Democratic Principles.

This seven-article draft legislation calls for the annulment of 29 NCPO announcements and orders that it says restrict the right of expression, the right to civilian trial, media freedom, and communities’ rights regarding natural resources and the environment.

The bill also seeks to dispose of cases filed or tried under NCPO executive orders and to release all defendants imprisoned under the orders.

Government critics are calling on MPs, both opposition and coalition, to vote in support of iLaw’s bill. They said its passage would help “disarm” the junta’s successors of the legacy they inherited from the NCPO.

Opposition MP Rangsiman Rome, who is deputy secretary-general of the Move Forward Party, likened the junta’s orders to a chain binding Thailand, preventing the country from advancing to a more promising future. Passing the bill, he said, would throw off that chain.

Former justice minister Chaturon Chaisang agrees that the NCPO orders must be lifted, warning that the government could still use them, in violation of the spirit of the law. Those orders that blatantly violate human rights and press freedom should be the first to be lifted, he added. 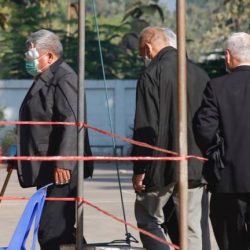