The court’s decision to accept the ailing national flag carrier’s petition will be publicly announced in a newspaper twice, seven days apart, and copies of THAI’s petition will be distributed to all the airline’s creditors, the Legal Execution Department and the Office of Securities Exchange Commission.

Creditors have the right to object to the bankruptcy protection petition before the court’s first enquiry hearing.

Now that the Central Bankruptcy Court has accepted THAI’s petition for consideration, the beleaguered airline will come under the protection of the Thai bankruptcy law, and will be granted protection from all lawsuits filed by any creditor demanding debt repayment.

The initial hearing will take up to 2 months from the filing of the petition by THAI. If the court approves the protection petition, the term of the airline’s board will end and it will be replaced by a court-sanctioned team, who will craft the rehabilitation plan, which could take an additional 3 months. 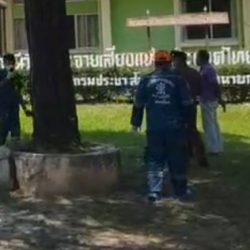