From today, almost one million Thai and foreign travelers are expected to pass through Don Mueang international airport over the seven-day Songkran festival and holiday, which runs from tomorrow until April 17th.

The airport’s director, Mr. Sirote Duangrat, estimates that about 120,000 passengers, including many from China, Japan and India, will board flights today for journeys to the provinces for the Thai traditional New Year holiday.

To accommodate the spike in passenger numbers, and their luggage, the airport has increased the number of X-ray machines to 18, said Mr. Sirote, adding that the entire process, from check-in until boarding, should average 35 minutes for domestic routes.

The domestic passenger load is expected to peak on Sunday, with 834 flights to be handled by Don Mueang. However, long check-in queues were already evident today as airport officials used bullhorns to move motorists and taxi drivers away as soon as their passengers had been dropped off.

The prices of food and drinks at the airport are under tight control, according to Mr. Sirote, and if passengers feel that they have been overcharged, they can lodge a complaint with airport officials.

Meanwhile, at the bus terminal in Rangsit, many Cambodian migrant workers were gathering this morning to catch passenger vans and buses bound for the Thai-Cambodian border in Aranyaprathet.

One migrant workers told Thai PBS that the long Songkran break is the only opportunity each year that they have to go home to see their families. The Songkran water festival is celebrated in Thailand, the Lao PDR, Myanmar and Cambodia.

On Mitraparb road, the main artery to northeastern provinces, a 30km traffic jam was reported this morning, stretching from Tambon Pakchong to Tambon Klong Pai, forcing police to open an extra outbound lane on the in-bound side to ease the congestion. 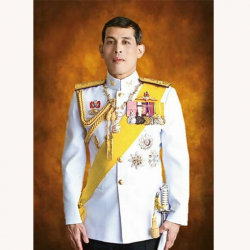