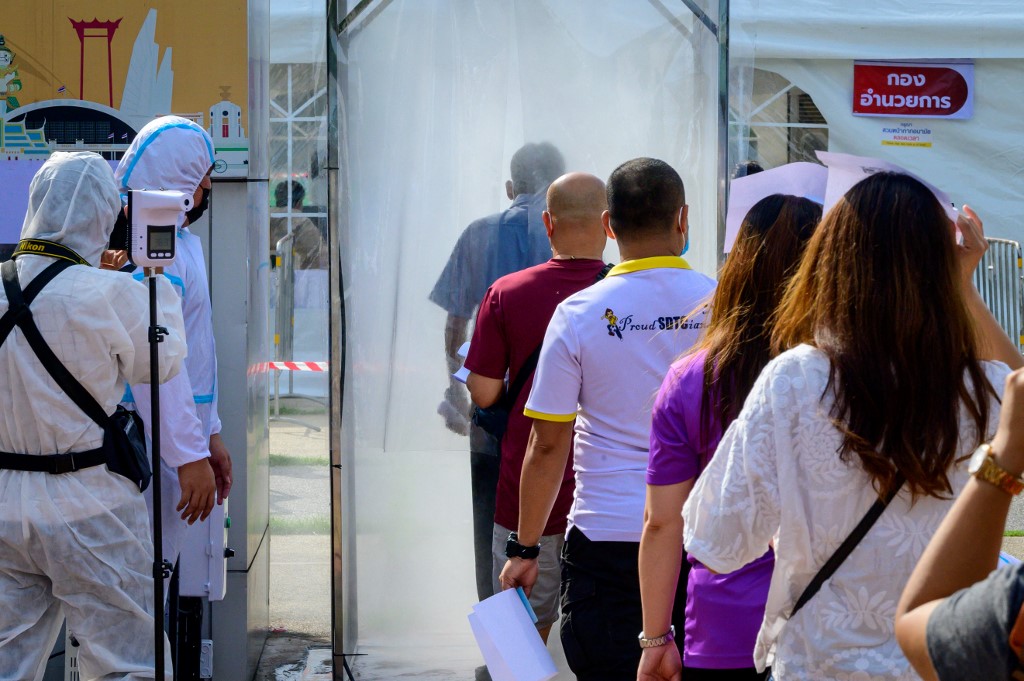 People stand in line to be sprayed with disinfectant during a mass testing event at a sport complex in Bangkok on April 17, 2021. (Photo by Mladen ANTONOV / AFP)

Hundreds waited at a Bangkok stadium to get free Covid-19 tests Saturday as a spiraling infection rate gripped Thailand, on a fourth consecutive day of more than 1,000 new cases.

The capital appears to be the epicenter of the third wave, after infections were traced back to a nightlife district earlier this month.

In the past 10 days, the national infection total has jumped from 29,900 to more than 40,500 — the sharp increase probably due to a highly infectious variant of the virus originally found in Britain.

He added that nearly 12,000 patients were still receiving treatment in hospitals, including temporary field hospitals.

At the stadium testing centre, health workers in full-body PPE shepherded people through a disinfection cabin, and directed them to wait in lines for the nasal swab.

The site, one of many testing centres across the city, has capacity to screen up to 3,000 people per day, for free under the social security program.

“I think this outbreak will be protracted because (the UK variant) spreads fast,” said one woman who received the test, adding that she was worried about going outside.

Authorities have instated inter-provincial travel restrictions right before Songkran festivities this week, usually a period when Thais vacation or return to their hometowns.

The typically rowdy holiday is also marked by water fights on the streets, but Bangkok was quiet this week, with bars, restaurants and night markets closed early.

New restrictions will begin Sunday, including an alcohol ban in restaurants and bars, while entertainment venues will be shuttered across the country for two weeks.

By Saturday, 605,000 doses of both Sinovac and AstraZeneca vaccines had been administered, accounted for less than 1 percent of the population. 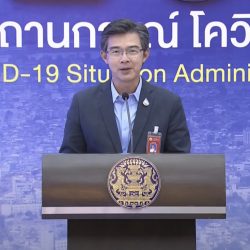