The Bangkok Metropolitan Administration (BMA) is being urged to promote the creation of bicycle “communities” in the capital, to encourage more people to turn to the bicycle as an alternative means of transport.

Professor Dr. Thongchai Panswad, an advisor to the Thailand Walking and Cycling Institute (TWCI) and a pioneer in the use of bicycles in Bangkok, said that it is difficult, in practice, to use bicycles to travel across Bangkok, because it covers such a large area.

He said that it is, however, possible to travel by bicycle in a limited area, for instance of not more than three kilometres, and suggests the concept bicycle communities.

He explained that the idea is not just about the use of bicycles, but is also about safety for the cyclists, the convenience of travel and short-cut routes.

Dr. Thongchai, who used a bicycle to travel from home to Chulalongkorn University and back when he taught at the Faculty of Engineering decades ago, said that he does not think that creating bicycle routes is difficult, as we have been able to build the metro system, which is more difficult and requires a huge investment.

The institute has conducted a test by recruiting 50 people to use bicycles to travel an average distance of 4.5km a day. The test showed that carbon dioxide emissions can be reduced by 30kgs per day.

Dr. Thongchai said that the institute’s idea of bicycle communities has been warmly welcome by about 10 local administration organisations, including the BMA.

Meanwhile, Deputy Bangkok Governor Sanon Wangsrangboon said that the BMA needs to encourage more people to use bicycles, while creating connectivity between communities and the mass transit systems.

Bicycle routes to be improved first are those along the Ramintra expressway and Khlong Saen Saeb, he said. 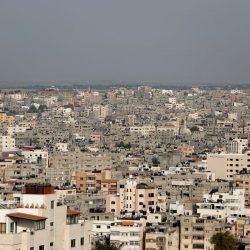 1,280 hectares of rice fields in Nakhon Ratchasima flooded and damaged