The Bangkok Metropolitan Administration (BMA) has been trying to regulate pavement vending in an effort to ensure safety, enough pedestrian space and to allow vendors to make a living in an orderly way.

Chakkaphan told the media during the inspection that it was discovered that some vendors were not trading at their designated spots, while others erected their stalls too close to zebra crossings, putting pedestrians at risk.

He added that there were stall umbrellas jutting out into the road or vendors erecting their stalls close to corners in the road, causing inconvenience for buses while turning.

To solve these problems, he said he has instructed municipal police to get the vendors to move their stalls away from the zebra crossings and corners and back to their designated locations.

The deputy governor disclosed that, during his inspections of pavement vending in Khlong San, Thon Buri, Bangkok Noi and Dusit areas in previous weeks, about 70% of vendors were cooperative and were following the regulations.

He reiterated that vendors, when they are allowed to use the pavement, must strictly comply with the regulations so that pavements can be shared by vendors and pedestrians.

He also said that municipal police have been instructed to perform their duties straightforwardly and transparently, to avoid complaints.

Preservation of pavement vending, which is a characteristic of Bangkok, is a policy of Bangkok Governor Chadchart Sittipunt, to allow low-income people space to make a living, especially given the present economic difficulties, but the trading must be regulated.

What's next for the euro after slump against dollar? 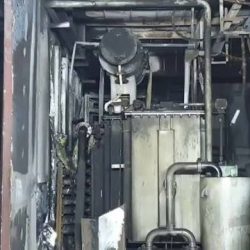