Autopsy on dead Hawksbill sea turtle to establish cause of death 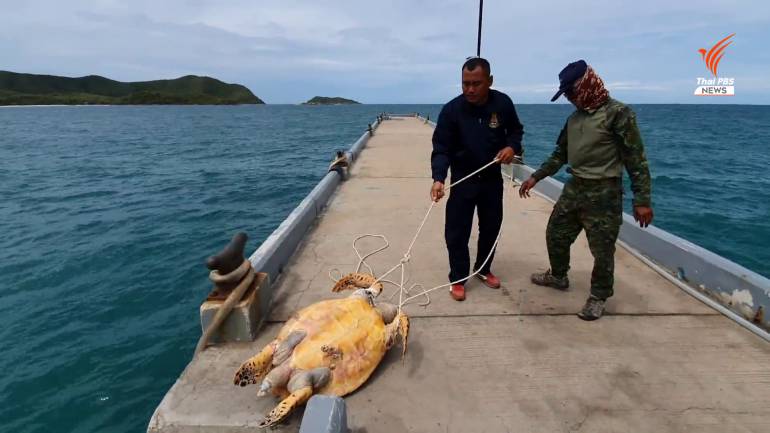 Veterinarians, based at the sea turtle hospital at the Sattahip naval base in Chon Buri province, are scheduled to dissect a dead Hawksbill sea turtle to discover the cause of its death.

The one-metre long and 40kg dead sea turtle, believed to be about 15 years old, was found floating in the sea near Juang Island in Sattahip Bay on Sunday by Mr. Surasak Hongthong as he was fishing from a boat.

The Hawksbill sea turtle is listed as a critically endangered species.

The sea turtle was taken aboard the boat and brought ashore. A team of naval officers and a veterinarian from the sea turtle hospital, Mr. Kirin Sornpipatcharoen, rushed to examine the animal, which showed no signs of being wounded.

The vet initially suspected that the turtle might have swallowed plastic, which caused its death, but he said that the truth will be known today when an autopsy is carried out.

Four sea turtles have been found dead in Thai seas in the past week and most of them were found to have plastic bags or pieces in their stomachs.

It was reported that the hospital is still treating several sick sea turtles, several of which were found to have swallowed plastic pieces or been ensnared in fishing nets.

The sea in Sattahip district has been polluted with trash, including plastic waste, as can be seen when it washes ashore in rough weather. 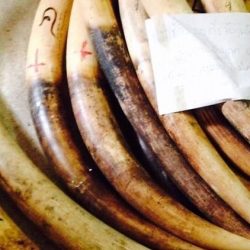 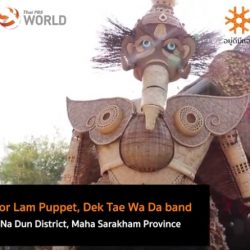