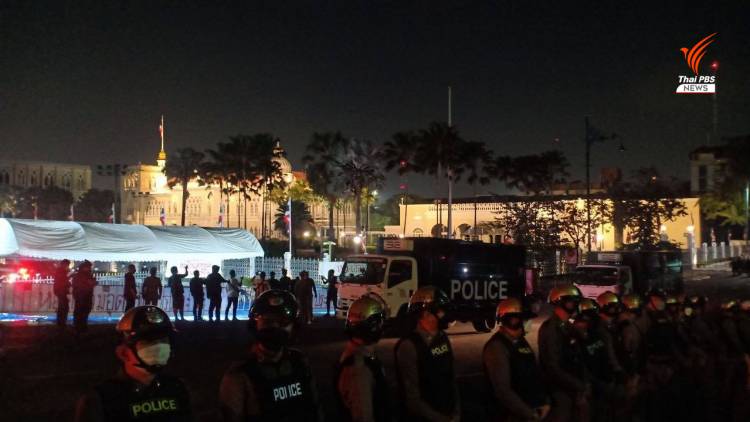 Environment advocacy and community rights groups slammed the Thai government today (Tuesday) over the arrest of about 36 protesters, from Songkhla’s Jana district, who were rallying at Government House in Bangkok on Monday night.

Bangkok’s riot police broke up the protest at about 9pm last night after the protesters set up camp in front of Government House, ahead of a planned prolonged protest, to demand that the government comply with the agreement on the controversial industrial estate project in their district.

The protesters did not resist arrest and were taken by bus to a temporary detention centre in the compound of the Narcotics Suppression Bureau on Vibhavadi Rangsit highway.

The protesters’ camping gear, cooking utensils and other items were seized by the police and taken to Dusit district police station for safe keeping.

Among their demands, which are in line with the memorandum of understanding signed on December 15th last year, are that the government conducts a Strategic Environment Assessment (SEA) of the industrial estate project, with the participation of representatives from the district’s residents and neutral specialists, and that a mechanism must be in place to ensure that the project complies with all laws and regulations.

The protesters also insist that implementation of the project must be suspended until these two conditions are met.

In a statement, issued today, the environment advocacy groups accused the government of overacting in arresting peaceful protesters, who are merely demanding that the government adhere to the provisions in the MoU.

The groups also allege that the public hearing, organised by the Southern Border Provinces Administration Center on July 11th last year, was not transparent because the people living in Sakom, Talingchan and Na Tap sub-districts, who will be directly affected by the project, were barred from attending the hearing.

Meanwhile, the Metropolitan Police Bureau (MPB) insisted that the arrests were necessary and that the force used by police was not excessive and was in accordance with international practices.

MPB Spokesperson Pol Maj-Gen Jirasant Kaewsang-ek said in a press briefing today that the protesters were disrupting traffic flow and that the arrests came when the group refused to disperse after police had sought their cooperation. 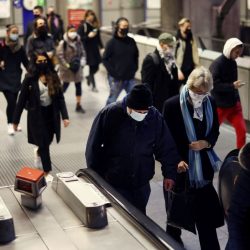 Next pandemic could be more lethal than COVID, vaccine creator says

Peng Shuai to Xinjiang - the issues overshadowing the Beijing Olympics