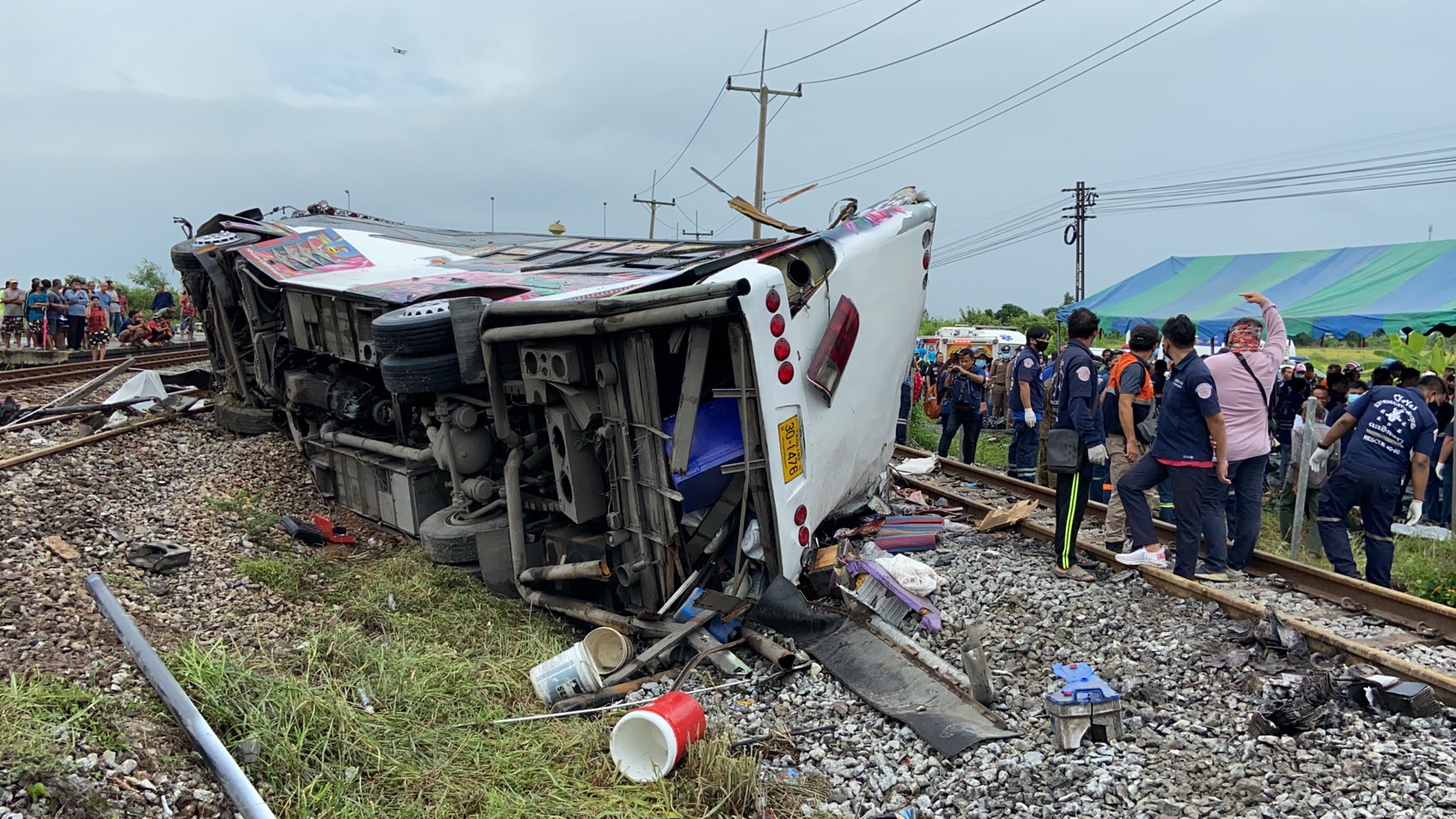 At least 20 bus passengers were killed and more than 30 others injured when a freight train collided with a bus at a railway crossing in Tambon Bang Toey, in the Muang district of Thailand’s eastern province of Chachoengsao this morning (Sunday).

Although there is a signalling system at the crossing, warning vehicles of approaching trains, there is no barrier, said the report, adding that, as the bus was crossing the rail track, it was hit by an approaching freight train, travelling between Laem Chabang an Hua Takhae stations. 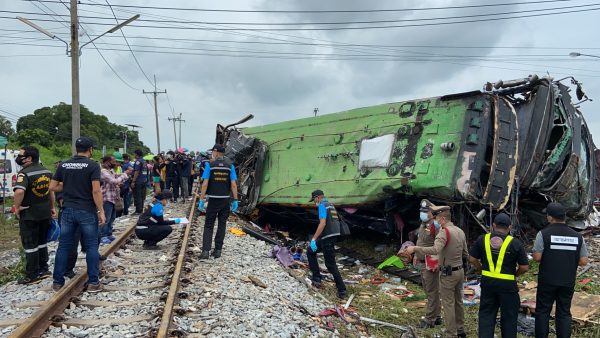 The bus sustained heavy damage and ended up on its side near the track.

Rescue workers and officials immediately rushed to the scene to take the injured to the nearest hospital.

Eyewitnesses told police that the bus driver stopped the vehicle to allow a train, travelling from Bangkok toward Chachoengsao,to pass through the crossing and then moved forward, apparently not seeing another train coming from the opposite direction, which is when the bus was struck. 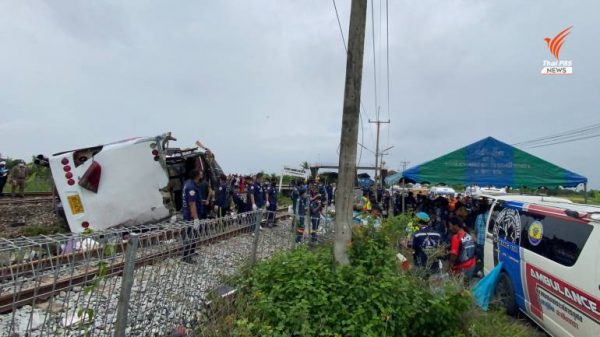 Meanwhile, government spokesman Anucha Burapachaisri said today that Prime Minister Prayut Chan-o-cha has ordered officials to look after the injured and to investigate the cause of the accident, to prevent a repeat of the tragedy. 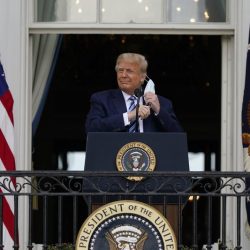 Doctor says Trump no longer at risk of transmitting virus