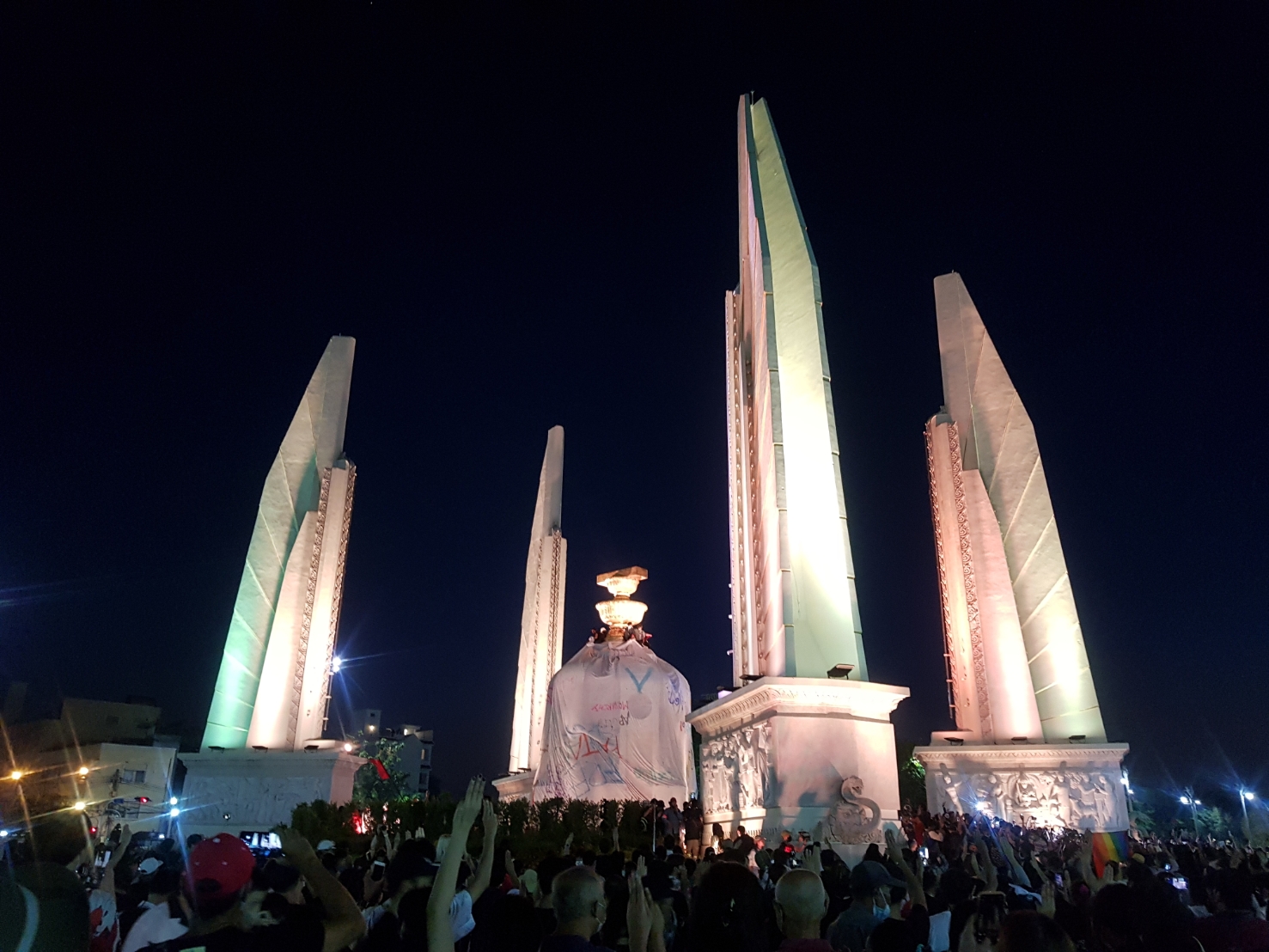 Police are gathering evidence to substantiate charges, including assault charges, against core members of protest groups “Mob Fest” and “Bad Students”, who staged a protest at the Democracy Monument on Saturday.

Two policemen were injured. One was struck on the head by a flag pole and another hit in the face by a hard object as they tried to prevent a group of protesters from breaking through a police cordon, in their successful attempt to wrap the monument in a cloth emblazoned with written insults and grievances.

Pol Ma-Gen Piya Tavichai, the deputy commissioner of the Metropolitan Police Bureau, said today that assault charges will be filed against the assailants, as well as charges of causing public unrest against those responsible for staging the protest.

Lesser charges, such as illegal public assembly and desecrating amonument, which is categorized as an archaeological site, as well as violations of the Cleanliness Act, are also to be filed against protest organizers, he added.

Three protest groups, which are associated with the Ratsadon group, namely “Mob Fest”, “Bad Student” and “Women Freedom”, staged a protest at and near the Democracy Monument on Saturday.

In the northern province of Chiang Mai today, police were deployed to ensure peace and order at two protest sites where separate rallies were held by pro-Monarchy group, Thai Pakdee, and a pro-democracy student group.

Pol Col Puvanart Duangdee, the police superintendent, said the student group had sought permission for their rally, to be staged at the Tha Pae Gate, featuring freestyle Hyde Park Corner-style speeches, a performance art show and a concert.

For the Thai Pakdee rally, he said the group did not need a permission because the rally was held on private land.  The rally featured a lecture on the Thai Monarchy. 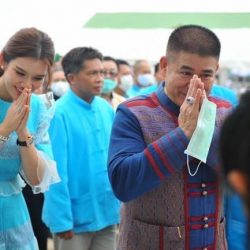