Asian woman pushed in front of a train in New York

The woman was standing on the platform at around 9.30am, waiting for the train at the 42nd Street station in Times Square / AFP

A 40-year-old Asian woman was pushed to her death at a subway station in Times Square on Saturday morning, according to U.S. local media.

Subway passengers alerted the police after the woman fell onto the tracks around 9:40am. City officials said it was an apparently unprovoked attack and the victim does not appear to have had any prior interaction with the suspect, who turned himself in some time later, NYPD Commissioner Keechant Sewell reported.

#BREAKING: @NYPDTransit says a woman was killed after being shoved onto the subway tracks and into the path of a southbound R train at Times Square this morning. pic.twitter.com/w1QBqMvUJq

The attack appeared to be a random act committed by a man with a history of mental illness, who may also be homeless.

The police later identified the suspect as 61-year-old Simon Martial, who has now been charged with murder. NBC in the US reported that he has criminal history, including multiple previous arrests, and has been on parole.

Mayor of New York, Eric Adam, said, at a news conference held at the subway station, that this “senseless act of violence” was a stark reminder of the immediate need to tackle what he called a mental health crisis. “To lose a New Yorker in this fashion will only continue to elevate the fears of individuals into not using our subway system,” the New York Times reported. 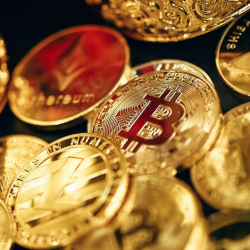