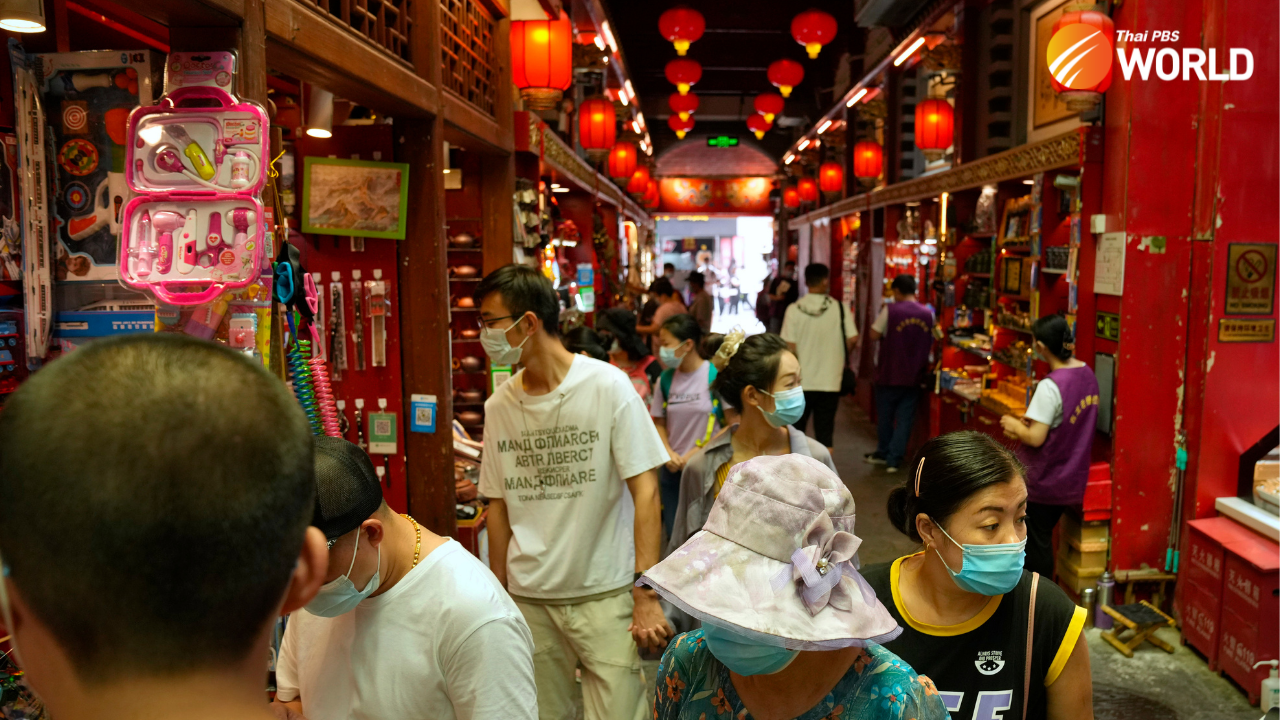 From the Great Wall to the picturesque Kashmir valley, Asia’s tourist destinations are looking to domestic visitors to get them through the COVID-19 pandemic’s second year.

With international travel heavily restricted, foreign tourists can’t enter many countries and locals can’t get out. In the metropolis of Hong Kong, glamping and staycations have replaced trips abroad for at least some of its 7.4 million residents.

Across the Asia-Pacific region, international tourist arrivals were down 95% in the first five months of the year, compared to the same period before the pandemic in 2019, according to the U.N. World Tourism Organization.

New variants of the virus loom — a constant threat to any recovery in even domestic tourism. Warnings of a possible third wave in India worry Imraan Ali, whose houseboat on Kashmir’s Dal Lake is his only source of income.

“Since we are expecting a good influx of tourists, we don’t want that to be affected,” he said.

Tourists are returning to the valleys and mountains in Indian-controlled Kashmir, as infections in the Himalayan region and nationwide come down after a deadly second wave earlier this year.

The “shikaras,” or traditional Kashmiri houseboats, are back on the calm waters of Dal Lake as Indians travel at home. India is reporting about 30,000 new coronavirus cases a day, down from a peak of 400,000 in May but still enough for many countries to restrict travelers from India.

Nihaarika Rishabh said she and her husband were relieved to finally get away from their home in the city of Agra for their honeymoon after their wedding was postponed during the second wave. The vacation in Kashmir has helped calm their nerves after months of the pandemic, she said.

Ali, the houseboat owner, is happy that the number of visitors has gone up. “We have been suffering for the past two years,” he said. “Our livelihood depends on tourism.”

But mountainous areas like Kashmir have seen an uptick in infections as the number of visitors rises, fueling worries about a third wave.

Erawan Shrine in the center of Bangkok once bustled with foreign tourists and locals making offerings day and night. Today, it is eerily quiet. Only a handful of people buy incense or flowers from the vendors who set up stalls outside.

“We are still here because we don’t know what else to do,” said one, Ruedewan Thapjul.

As Thailand battles a punishing COVID-19 surge with nearly 20,000 new cases every day, people who depend on tourism struggle in what was one of the most-visited cities in the world, with 20 million visitors in the year before the pandemic.

Suthipong Pheunphiphop, the president of the Thai Travel Agents Association, urged the government to commit to its plan to reopen the country to foreign tourists in October.

Currently, the streets are all but empty in Bangkok’s Siam Square shopping district.

Passavee Kraidejudompaisarn, the third-generation owner of a popular noodle shop, wiped away tears as she talked about her fears of losing the family business.

Previously, the 60-year-old restaurant would be filled with locals and foreign tourists, bringing in about $2,000 a day. Now, she said, she earns a little more than $2 on some days.

“I personally feel very safe,” Olaya Ezuidazu, a Spanish national living in Beijing, said on a recent visit to the Great Wall.

But even China is not immune to the delta variant. Outbreaks in July and August prompted authorities to suspended flights and trains to affected cities. Parks and museums reduced the number of visitors to 60% of capacity, down from 75% previously.

Phil Ma felt the resulting dent on tourism at his café in a traditional “hutong” neighborhood, steps away from Tiananmen Square in central Beijing. “It is obvious during the three or four days from the weekend to today that the number of guests has decreased a lot,” he said.

The alley outside his café was quiet, in contrast to the line that formed for a cup of coffee during a major holiday in May.

The difficulty of traveling abroad has made glamping — or glamourous camping — popular in Hong Kong.

Berina Tam and Vincy Lee went with We Camp, a campsite located in Yuen Long, a rural area in the north of Hong Kong.

“It’s actually a good opportunity for us to really, to try to explore Hong Kong a bit more,” Tam said.

Many glamping sites provide clean beds, showering facilities and barbeque sites for campers to grill kebabs and chicken wings. The typical charge is $65 per person a night.

Bill Lau, the founder of Hong Kong travel platform Holimood, said that glamping offers an alternative for those who find camping too primitive.

“Families and couples need to find somewhere to go during weekends,” he said. “If we are trying to recreate the experience of traveling, it must be an overnight experience.”

By The Associated Press 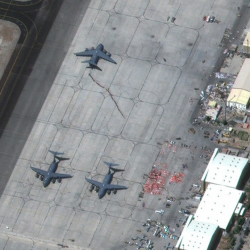 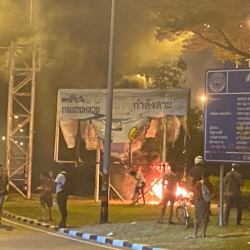