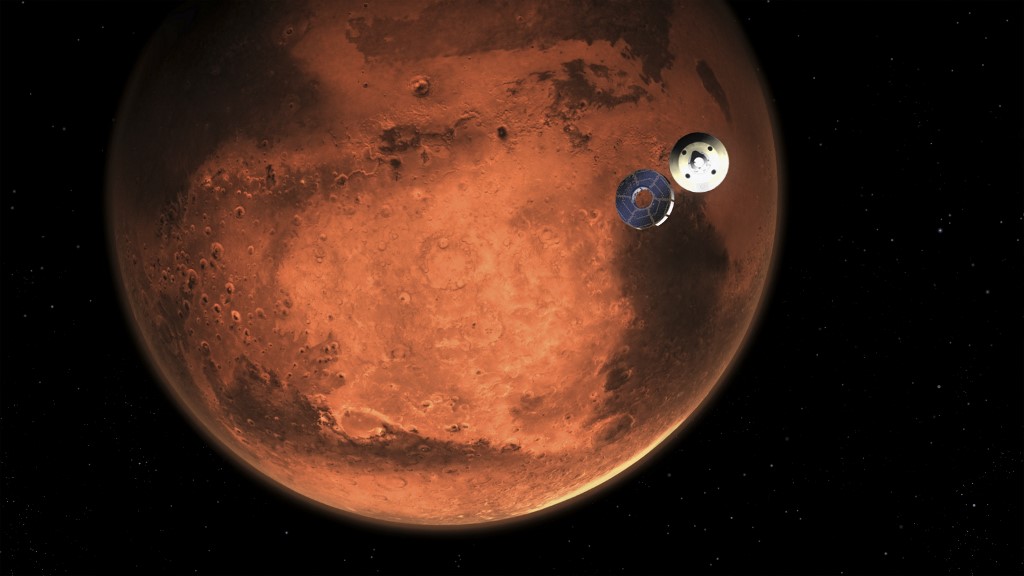 This NASA handout illustration obtained February 15, 2021 shows NASAs Perseverance rover casting off its spacecrafts cruise stage, minutes before entering the Martian atmosphere, as hundreds of critical events in the rovers Entry, Descent, and Landing sequence must execute perfectly and exactly on time for the rover to touch down on Mars safely on February 18, 2021. – The cruise stage contains fuel tanks, solar panels, and other hardware needed during the trip to Mars. About 10 minutes before atmospheric entry, it separates from the aeroshell, which encloses the rover and descent stage. The aeroshell makes the trip to the surface on its own. (Photo by Handout / NASA / AFP) / RESTRICTED TO EDITORIAL USE – MANDATORY CREDIT “AFP PHOTO /NASA/JPL-Caltech/HANDOUT ” – NO MARKETING – NO ADVERTISING CAMPAIGNS – DISTRIBUTED AS A SERVICE TO CLIENTS

More than a century after the first powered flight on Earth, NASA intends to prove it’s possible to replicate the feat on another world.

Transported aboard the Mars 2020 spacecraft that arrives at the Red Planet on Thursday, the small Ingenuity helicopter will have several challenges to overcome — the biggest being the rarefied Martian atmosphere, which is just one percent the density of Earth’s.

It might be called a helicopter, but in appearance it’s closer to mini-drones we’ve grown accustomed to seeing in recent years.

Weighing just four pounds (1.8 kilograms), its blades are much larger and spin about five times faster  — 2,400 revolutions per minute — than would be required to generate the same amount of lift back on Earth.

It does however get some assistance from Mars, where the gravity is only a third of that on our home planet.

Ingenuity has four feet, a box-like body, and four carbon-fiber blades arranged in two rotors spinning in opposite directions. It comes with two cameras, computers, and navigation sensors.

It’s also equipped with solar cells to recharge its batteries, much of the energy being used for staying warm on cold Martian nights, where temperatures fall to minus 130 degrees Fahrenheit (minus 90 degrees Celsius).

The helicopter is hitching a ride on the belly of the Perseverance rover, which will drop it to the ground once it has landed then drive away.

Up to five flights of gradual difficulty are planned, over a window of one month, within the first few months of the mission.

Each flight will last up to a minute and half — compared to the 12 seconds the Wright brothers achieved with the first powered, controlled flight in Kitty Hawk, North Carolina in 1903.

Like the Perseverance rover, Ingenuity is too far away from Earth to be operated using a joystick, and is therefore designed to fly autonomously.

Its onboard computers will work with its sensors and cameras to keep it on a path programmed by its engineers.

But the outcome of these flights will be learned only after they took place.

NASA describes Ingenuity’s mission as a “technology demonstration”: a project that seeks to test a new capability together with the astrobiology mission of Perseverance.

Future models could offer better vantage points not seen by current orbiters or by slow-moving rovers on the ground, allowing the helicopters to scope out terrain for land-based robots or humans.

They could even help carry light payloads from one site to another — such as the rock and soil samples Perseverance will be collecting in the next phase of the Mars 2020 mission. 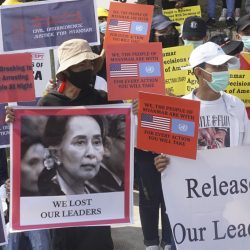 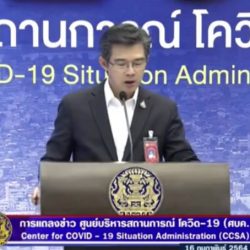